We’ve all been at that point when we’re at the bar and enjoying some adult beverages and it’s time to head home, but you kind of second-guess yourself and recount how many drinks you had and ask yourself if you’re OK to drive home.

It doesn’t need to be said, there’s no reason to risk your life and the life of others by getting on the road when you’ve had too much to drink, and it’s better to err on the side of caution when this situation comes up. But wouldn’t it be nice to be able to know your blood alcohol level on the spot to see where you stand?

Sure, you’ve probably seen those pocket-sized breathalyzers before, just like the ones that police have, where you blow into the device and it gives you a read-out. But who wants another bulky electronic in their pocket?

That’s where the Milo Sensor comes in handy. 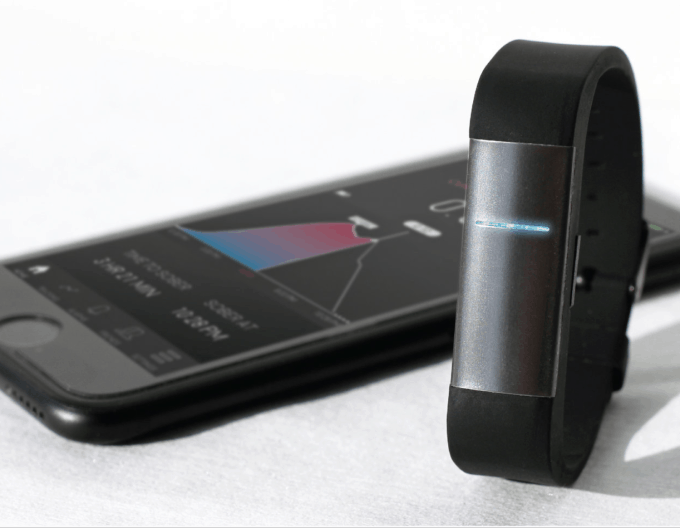 We spotted this cool new tech device when looking at all the stuff that came out of CES 2017 and it immediately caught our eye. As opposed to being a smartphone-sized gadget like other breathalyzers, this is wearable just like a smartwatch on your wrist.

The way it works is by reading the blood alcohol level of the perspiration from your skin on your wrist. So cool! I certainly wouldn’t want another device in my pocket and would be reluctant to carry this around, but I would not mind having this on my wrist considering the life and (legal) ramifications it can provide.

It’s only available for early access right now, not widely distributed as of the time of this writing, but we’ll certainly keep an eye out for its launch. I can’t wait to get my hands on one. I may even do some testing with it at home while drinking some liquor from Drizly.com, seeing how my level changes with each drink and determining my limits before I drink out in public. It never hurts to know what your tolerance is at, and I know for certain I’m nowhere near where I was during my college days, that’s for sure.

We’ll update this page when we see it becomes available! For now, drink safe and be smart!