What Does Catfished Mean?

These days most people resort to speaking to one another through emails and text messages, and with this, there has been a rise in “catfishing.”  People are creating fake profiles and persona’s in order to lead on other people who are not hip to the scam.  Today I’ll explain just what it means to be catfished and share some media about this happening in real life. 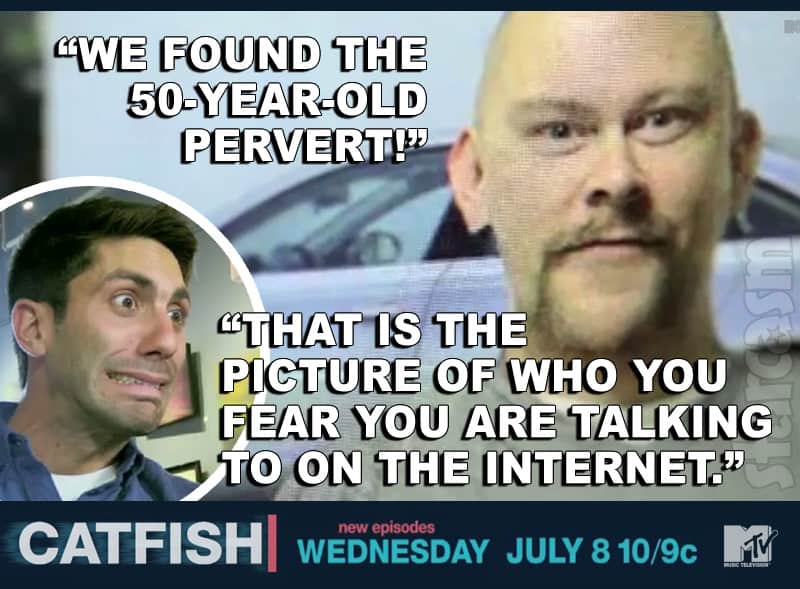 Catfishing has become so rampant that there is an entire MTV show dedicated to it.

What Does Being Catfished Mean

This means having a bogus persona created on the Internet to fake people into falling in love with you or doing something that will hurt them emotionally.  It can often also lead to financial requests for money, much like a Nigerian email scam.

One can be catfished on any social media platform such as Facebook, dating websites, or any mobile apps like Bumble, Tango, or Tinder.  If you are on any of those sites long enough, perhaps you’ll spot someone partaking in this very disgusting hobby.

With hundreds of millions of online profiles, how do you know if the person you are talking to is real?  How can you spot a fake persona and avoid the embarrassment of being caught in a catfishing scam?

Here are Some Ways to Catch on to a Catfishing Scam

The Person is Out of Your League

Since this is a man’s blog, we’ll just assume men are reading this and that they are flirting or exchanging messages with a female.  Ever wonder why a knockout is trying to holler at you when you are knowingly overweight and not groomed well?  If you find that smoke show with the huge cans and perfect skin hollering at you like you are Brad Pitt, it’s probably not real.

If you have come across the profile of a woman with the absolute perfect body, face and personality, so much that it is hard to believe with your own eyes, then it probably too good to be true.

Keep your brain on high alert and try to use fundamental judgement.  Sure, everyone out-kicks their coverage from time to time, but you need to know how to detect someone trying to catfish you.  Recognizing accounts that are clearly scamming people isn’t always something that is easy from the onset, but if it looks like a model or celebrity pic, it probably is.  If they are reaching out to you first, (instead of most websites where men do the first overture) chances are very good that the account is fake.  If you see a photo that shows a woman walking down a runway or posing on a beach with a photo-shopped background that is absolutely stunning and should be in a magazine, well, you are most likely talking to someone who has no rights to that picture! 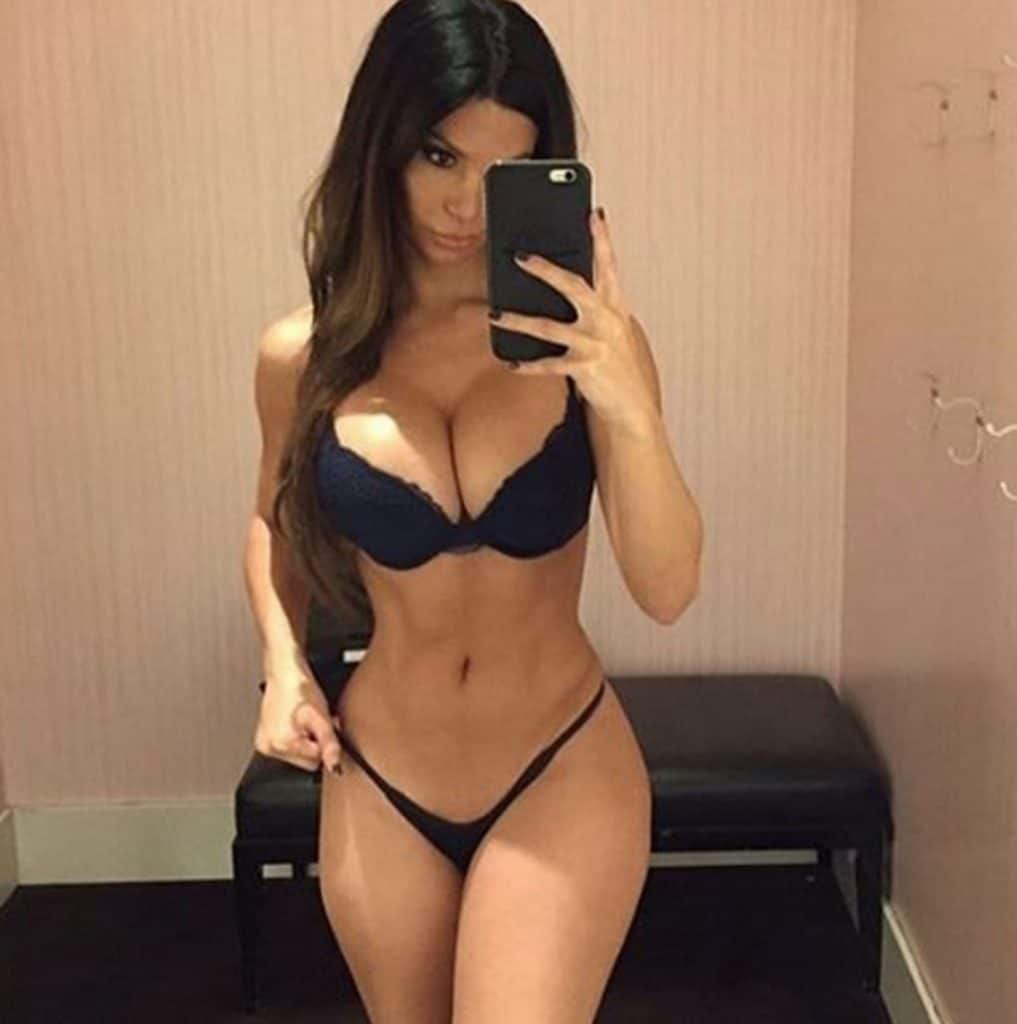 Pro Tip:  if your boy says “I saw her on Instagram,” she is NOT real.

If you find a profile where every single interest option is clearly checked, this is FAKE.

When people are looking to scam someone on match making sites, they will select all options in hopes of increasing their sheer number of targets that they can attempt to con.  Try to only talk to people who seem to have interests that are clearly hand picked and sounding natural.

They Keep the Talks to One Medium

When you have a hint that someone may be catfishing you, all you have to do to get them on the edge of their seat is to ask them to chat with you on another medium.  It’s easy to hide behind messages on a profile from a dating site, but when they have to go through the hassle of creating a Skype account to keep up the charade, or even more demanding – give up their phone number – they will most likely back off.  When excuses are made about chatting elsewhere, just say “Bye, Felicia.”

I don’t know about you guys, but as a serial online dater, I rarely receive messages from women.  I almost always make the first initial contact and from there, we take things as they come.  In the rare times I’ve received a first contact from a woman online, they haven’t panned out to be anything in my interest level.  When a woman reaches out to you first, it’s almost always some deceptive catfishing ploy.

Let me close that saying that most people who do this disgusting act don’t use the top adult dating sites (because to message people you must pay for the service) but rather they use the free apps.  So if you choose to use Fling or Snapsext, you’ll most likely be in the clear.

If being hoaxed by someone on the Internet seems too bizarre to be true, just wait until you read the REAL LIFE stories below of famous people who have been catfished!

5 Stories of Celebrities Being Catfished!

The most famous story I’ve ever come across is that of Mantei Te’o.

Back in 2012, the NFL Football player was a player at Notre Dame.  He was a world class athlete and very high profile player.  His girlfriend at the time, named Lennay Kekua, tragically passed away from cancer during his majestic run to the national title game.  Te’o lived in Indiana, with his gal out in California at Stanford, so the long distance relationship was something they had going on.  Speaking each night dating to early 2012, the two of them often spoke so long that they fell asleep while speaking on the phone.

After being in a car accident in June, it was said that during her recovery she was diagnosed with Leukemia.  She passed away in September in 2012.

The media went wild with the story, leading to a huge show of support for Te’o.  People lined up to donate money to charities in her name.  There was a story on CBS This morning that had a story about the passing and there were photos and quotes from her.

While this sounds devastating and like something that would be the basis for an after school movie, the entire story was a hoax.  Lennay Kekua didn’t really exist.  She was someone made out of thin air, like Tyler Durden, by a former friend of Te’o.  Ronaiah Tuiasosopo was the one who formulated this despicable act, utilizing Twitter to start the hoax.  The photos that appeared on the media, that was believed to be the player’s girlfriend, were actually stolen from social media accounts of another woman.  Later on, Tuiasosopo admitted that he took on a persona of a woman pretending to have a relationship with Te’o because – get this – he was secretly in love with him.

Here is a Dr. Phil story of the sicko who apparently had way too much time on his hands.

Now, here is the woman who had her identity taken and used in this scam. (She’s cute.)

Apparently this all came to a head when his legal team served the party with papers stating to never contact him in the future when he realized he was being played like fiddle.  In the aftermath of this event, there was a photo of the actor (apparently chilling in the hot tub?) released.  Peep it below. 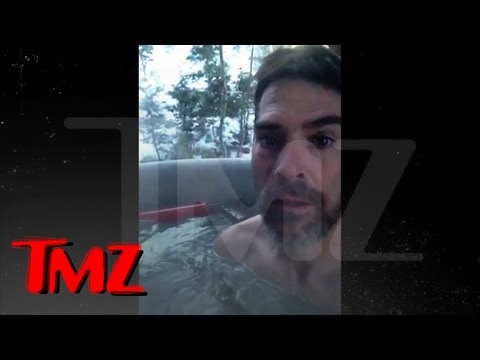 
I don’t follow country music so I don’t know this person, (I’m more of a fan of hip hip…..rack city bitch), but it sounds like he’s a nice guy, as I assume most country music artists are. 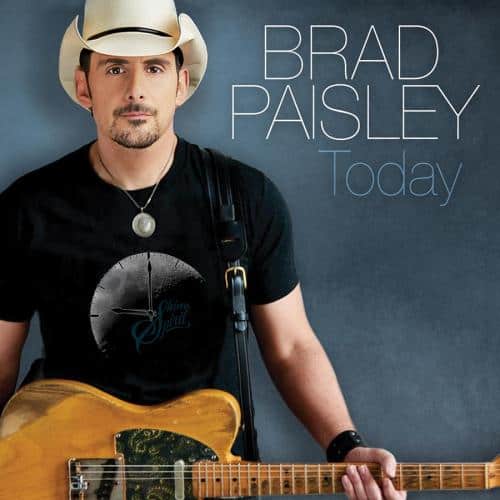 His wife, Kimberly Williams-Paisley, fielded an electronic message (that’s email, ya’ll) from someone claiming her daughter had cancer.  For ten days, the story goes, they communicated via email.  When photographs of “Claire” came to light, (Claire was dying) Paisley sang “Amazing Grace” to her over the phone.

Seriously, what a guy.  My heart goes out to his kindness.  As he was quoted later on saying:

“You’re singing to someone’s dying kid, and in the middle of it, there’s no way that’s not real. How can that not be real?”

When word got out that “Claire” died, Paisley and his wife went as far as sending flowers.

(Honestly, this guy is about as nice as another unreal human being – Dwayne “The Rock” Johnson.)

BUT (and yes, I went to school and know enough to never start a sentence with ‘but’) when the attempt to send the goods came up there was no address to be had.  Of course, after some time, the realization came to light that the photos of the girl were indeed stolen (from another cancer sufferer – what creeps) and this was all a charade.

The woman’s name is Hope Jackson.  Here’s to hoping someone dupes her for the rest of her life.

#4:  Tracie Thoms is Catfished So Bad She Ends Up on TV!

I haven’t mentioned the MTV Show “Catfish” just yet, because I think it’s sad as fuck that people are being profited on by TV Producers to share their embarrassing stories.  Anyways, it exists.  I’ve watched it.  It’s beyond sad.

Starring in the movie Rent as well as Cold Case, Thoms met a “fan” on Twitter.  The scammer, going by “Sammie,” became friendly and they began exchanging messages.

Then, things took a turn.  Sammie introduced Thoms to a fan named “Reese.”  While the two fans promoted all of her successes, they also planned the fake death of Reese.  They even faked the death (cancer) to a level that is beyond compare.  They actually sent over a video of a funeral.  Thoms reached out to the funeral home and was looking for more details, but ended up finding out that this was all a hoax.

On the show, Thoms was able to confront this person.  I don’t think we need to bore you with more facts – just know that the perp was denying the incident.  Idiot.

Here is a brief summary of the incident for those who like this type of closure.

Like I said before, the number one thing to watch out for is a profile featuring an absolute hottie.  In Pat’s case, it was a “smoking hot blonde.”  He was in town for a football game and the woman – named “Abigail Johnson” – reached out to him. 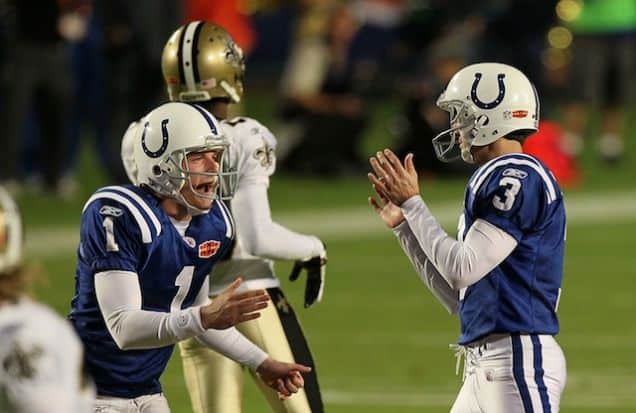 First thing I think of here – he’s a punter.  Not a Quarterback.  Not even a Defensive Back.  A punter.

That’s clue number one and done for me that this is a scam.  Who tries to bang punters?

(I’m sure they have their own jersey chasers, but put that in perspective.)

Initially he left the message sit, but once he was out of town he got another one that said:

“It’s a shame we couldn’t meet up, you seem like such a nice guy on here.”

Finally, the skeptical Indianapolis Colt follows her account and slides up into her DM’s.  Other athletes were apparently hollering at her, so hey, why not?

Later on, McAfee has a dream that he’s going through an airport and ends up with another man’s cell phone.  He sees the screen, and some messages with Abigail.  He thinks “Abigail is a man.”

Wouldn’t you know it, he watches the show Catfish and there she is.

Hey, kudos to Pat for not sending money, dick picks, and flowers.