Back in the 1980’s and early 1990’s, these style of hats were VERY popular, at least in the area I grew up in back in the St. Paul, Minnesota suburbs.

This hat I owned about 27 years ago, which seems like eternity.  As a big fan of throwback merchandise like NFL and NBA uniforms, this was a great buy.  Purchased on eBay (of course, where I get all my old school apparel) this was a gem of a find.  I’m happy to have found it, and vow to take care of it!

Here’s a pic of the hat.  You can see a lot of people selling it as a “Straight outta Compton” hat because in that era, many of the members sported this hat. 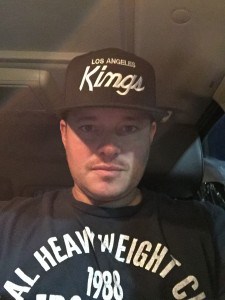 Get Your Own Los Angeles Kings Hat Right Here