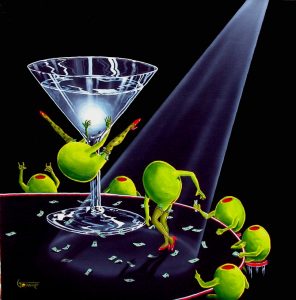 Michael Godard Martini is another red herring, just like our Alviero Martini was!

Michael Godard Martini Art does not require you to get your cocktail shaker, ice and ingredients out.  Instead, he paints pieces of Art which could look really good in your home, which are based around martini glasses and olives.

Who is Michael Godard? 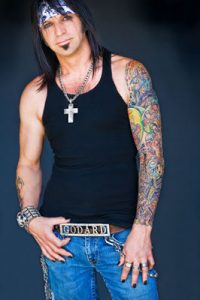 He is known as “The Rockstar of the Art World’ and his art work is collected by people, both young and old, all over the World.

in 2006, Godard lost his daughter Paige at the age of 16, after her battle with brain cancer.

He says that he started drawing olives to cheer himself up when he spent a long time in hospital while Paige was in a coma.

He has dedicated himself to philanthropic causes through his art, to raise money in the war against cancer, after his own personal tragedy. 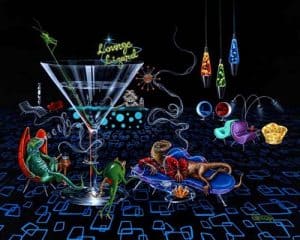 You can find some of Godard’s art on his website, originals range up to $125,000 for this piece called Lounge Lizard.

Michael’s artwork is on permanent display in the Officer’s Lounge in the Pentagon and onboard every US navy aircraft carrier.

He has painted many pictures in his Martini Art genre, here are some of the ThingsMenBuy.com favorites: 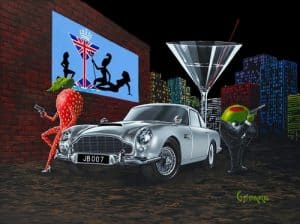 How To Make a James Bond Martini 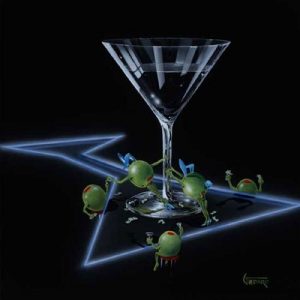 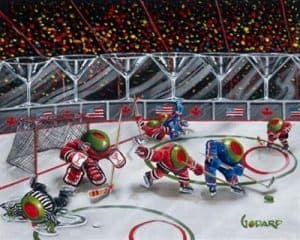 The Best Types Of Martini

There are various dealers around the US where you can find Godard Art, one of the largest ones is in Las Vegas.

Michael Godard has also diversified into vodka and gin:

You could make your favorite Martini Cocktail with a Michael Godard gin or vodka and then sit at the bar, sipping your Martini while admiring some of Godard’s artwork!

I’ll admit that I didn’t know a thing about Michael Godard until I started researching for this article and I’m blown away by the amount of charities that Godard supports. He seems tireless in using his artistic talent to drive money into cancer research and help us all find a cure for this terrible disease.

Cheers Michael. make mine a Martini!