Guys Weekend in San Diego Things to Do 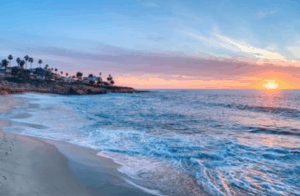 How does San Diego sound? Sounds great to me. Beaches, sports, sights, beaches, bars, beaches, more bars… Men, do you see what’s going on here? Obvious, right? It is time to figure out our guys weekend in San Diego things to do itinerary so we can live it up to the max on limited time. A weekend may never be enough, but a weekend may be what we have and we can do it up in primo style.

I didn’t even touch on places to eat in San Diego. There are many and varied. Plenty of South of the Border influence to whet your appetite for spice. Or, if you want some beef, go here for San Diego Steak Houses.

With the climate and so much available, sports are a natural choice for this far Southern California city. Get ready to have some SoCal fun, sports-style! 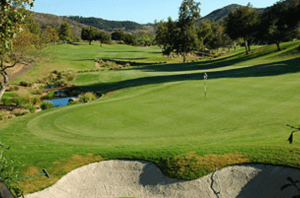 The weather is spectacular pretty much all year long in San Diego, California. That means you need to get out and take advantage of it. Golfing deserves your attention especially since this city has some fantastic public golf courses. Maderas along with Torrey Pines are two of the best.

Get gnarly and grab a board to surf some great waves. This area is a surfing hot spot. If you don’t already surf, lots of places offer lessons. San Diego Surf Lessons at 707 Pacific Beach Dr. is a killer place to learn. Another winner is the San Diego Surf School at 4850 Cass St. Both of these will make sure that you will actually surf!

If you already surf, there’s plenty of places to hit. Pacific Beach, Mission Beach, Black’s Beach and more are good. Ask around and you’ll find out even more.

Catch a game at Petco Park. Hit Torrey Pines for their glider port. They have great instruction and also offer a tandem experience. Fun just to watch too. If you like paddle boarding, Mission Bay is the place for you. The bay is protected from waves which equals smooth paddling waters for you!

This coastal city also has a tight relationship with our nation’s military. There’s major history here. Military-related stuff always gets my attention so here are some options if you share my interest.

Check out these behemoths that would carry over 4000 personnel plus all the aircraft. A great journey into military aviation history.

Even though this is not strictly military, it is cool nonetheless. Here you can find out about the early history of San Diego. The Cabrillo Monument is on a bluff overlooking both the North Island Navy Base and the Point Loma Submarine Pens. This means you will often see subs, various military ships, fighter jets and more coming in and going out of the harbor area.

Dudes, San Diego is heaven for craft beer. It is amazing all the craft breweries, brewpubs, and more they have in and around this area.

Stone brews a great variety of craft beers. For a craft outfit, they are pretty big. This is a plus for us because they have a gigantic beer garden. So, drink some tasty craft in the San Diego sunshine!

This little brewery is a treat for the eyes and for your taste buds. Modern Times brews some truly delicious beers and they have an off the wall sense of humor. Curious? Just go there and check it out. Just do it! They’re in Point Loma. 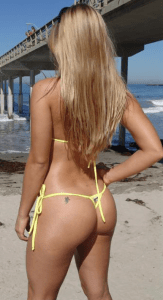 If you are a red-blooded American male like me, then you like beaches for the scene and for the two-legged female scenery. Water, waves, sand, fun, and bodies add up to an irresistible mix of attractions for me. San Diego will not disappoint on any of these fronts.

Pacific Beach used to be wild. Keg parties on the beach and more. They clamped down on that, but PB is still a draw with plenty of beautiful bikini-clad women all around. There’s plenty of bars in Pacific Beach too. This one is a winner.

I’ve provided a whole bunch of guys weekend in San Diego things to do for you. Sports, bikini bodies, and beer. Come on men, what are you waiting for? San Diego is beckoning!