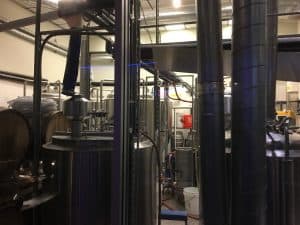 I am coming to you from Sin City! Let me tell you what, whatever you want in big boy fun you can find in Las Vegas. Or it can find you. Welcome to craft beer tour Las Vegas which is stop number one on my tour. I am multi-tasking tasty micro-brews and work. Without delay, let me get to it here at The Craft Joint at thingsmenbuy.com.

My headquarters for my Vegas trip has been a little hotel only a block or so away from Fremont Street. It’s called The Oasis at The Gold Spike. Nothing fancy. Nothing shitty. The location is just what I needed so I can check out the Fremont Street Experience action here in downtown Las Vegas anytime I want.

Even though I’ve been super busy with my magic work, I have squeezed in some craft beer drinking action. The casinos along Fremont have outdoor bars. Most offer craft beers. If no straight up genuine craft beers, then they have some of those “crafty beers”. Botton line, if you want craft-style beer in Downtown Las Vegas, you can get it easily around the clock. The outdoor bars don’t stay open 24/7, but you can simply walk inside the casinos anytime and order up a frothy adult beverage. 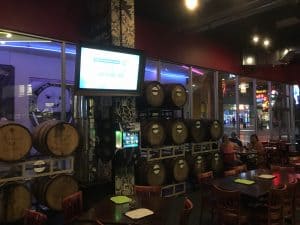 I’m happy to report that there is a micro-brewery on Fremont Street! I asked around and my inquiries paid off. On the East End of Fremont, I found Banger Brewing. This is a sweet spot for a craft beer drinker like me. It is also a perfect launch point for my craft beer tour Vegas!

Banger Brewing has been in operation for about four years at 450 Fremont Street. Their goal is to make sure that Vegas has a solid place on the craft beer “map”. To put it simply, I’m a fan.

First off, the place looks good. There’s no mistaking it for anything other than a styling little brewery. It looks the part on the outside and on the inside. The five cats who came together to get this craft brewery going did their homework and it turned out right.

The night I ventured in, Katelyn was behind the bar. She has a great smile and a super friendly attitude. It was only a few short moments before I had a fresh, delicious Banger Brewing IPA set down in front of me.

Hop Culture Reference was what I had and they nailed it. It was delicious. Belma® hops from Washington’s Yakima Valley are highlighted in this aromatic, easy drinking craft brew. The fruitiness from the Belma® hops is apparent without making me feel like I’m drinking a fruit cocktail.

This 6.7% ABV IPA is an entry in Banger Brewing’s “single hop series”. Those Belma® hops are the only hops used in the brewing of this craft beer. 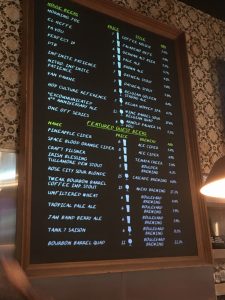 Banger offers a bunch of their own in-house brewed beers in addition to featuring quite a few craft beers from other craft breweries around the country.

All in all, if you want great craft beer in Las Vegas in a comfy spot with a chill vibe then do not miss Banger Brewing in Downtown Las Vegas. I’m happy with this stop on my craft beer tour.

That’s it for now, my craft beer life-loving friends. I have to catch a flight. Until next time at The Craft Joint…