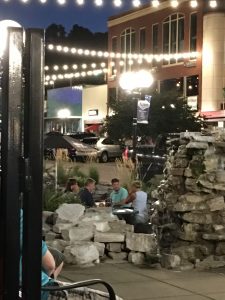 I like to think that I’m a man about town. Any town I happen to be in I like to get out and about. Daytime, nighttime, it does not matter to me. If there is beer, I mean good craft beer around, I like to find it and drink it. I was out the other evening and I found Cash Money and Incarnation! A couple of IPAs from across the river in St. Louis.

Checking Out Craft Beers Around the Town

My Things Men Buy friends, let me tell you a little about it.

After enjoying some damn tasty appetizers at a fine dining establishment (no joke, they actually let me in), it was time for some desert downtown. That is not so subtle code for having a few drinky-poos.

The downtown is Alton, IL. It is very close to the banks of the Mississippi River. Alton is the town I’ve been hanging out in lately. Good little downtown, plenty of bars which appeals to me.

All in all, it was a fun boozy night of new for me craft beers and dancing. Not posting any videos because I prefer not to embarrass my self publicly. Again. In yet another way. I’m running out of ways. That’s what happens when you have no shame. 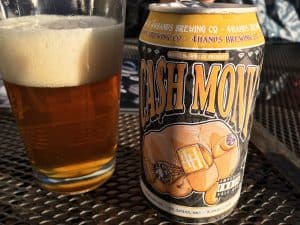 From 4 Hands Brewing Company, I got my big hands on their Cash Money. It is an Imperial IPA. They claim they use a “wasteful” amount of hops brewing this can of kick ass liquid candy.

This 8.5% ABV ass-kicker has a healthy long lasting head (ahem). So, the carbonation is there but it is not fizzy.

The color is a light amber. Let me tell you what, it is clear as a bell. Check out the photo and you’ll see what I mean.

A little bit of fruit, a little malt sweetness, and the expected hopness from a double IPA. The aroma might be a touch too fruity, but I think the flavor takes over and makes up for that fruit nose-burst.

A pretty damn solid offering from the brewing company. 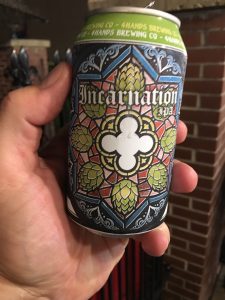 Incarnation is also from 4 Hands. This craft beer used to be called Resurrected, but they re-branded it. Same brew. And the can has some mighty fancy artwork on it. They use Mosaic hops to brew it, so the can’s label art shows that “mosaic” influence.

Incarnation is an IPA clocking in at 6.5% ABV. I’d call this a workhorse brew for 4 Hands Brewing. It is highly drinkable without making your head swim too soon like an Imperial IPA can easily do.

The color is a light golden yellow-orange with a head that holds well. Expect a pine, citrus, hop aroma which is an inviting blend.

The carbonation was just right, which appeals to me. Not too weak on the bubbles and not over the top lively.
To me, it is a medium-light bodied IPA with a slight amount of bitterness that would not scare away the bitter-phobics. The touch of bitterness simply lets you know what type of craft beer you’re knocking back.

A good beer that is bound to appeal to a pretty wide swath of craft drinkers.

Putting the Bow On on the Beer

There you have it. It was a night of thirst quenching and tastebud satisfying. We met up with some great friends and even had a shot or two too.

As you can see, I like to share the good times that I have in my never ending search for more and better craft beer. If you’d like to share some awesome craft beer with friends or give it as a gift, check out what Things Men Buy has to say about Give Them Beer.