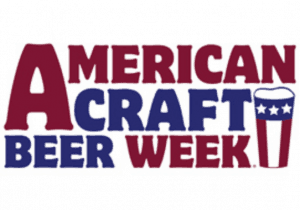 I’m still on the road working and I’m still drinking local craft beer! Since I’ve just arrived in Ohio, I haven’t had enough time to drink enough beers to write about it. I’ll be in Ohio next week too which means plenty of time to imbibe. My lengthy beer tour ramblings will continue then. For this week, I’m hitting on some breaking craft beer news and announcements for May 2018.

Today, May 14, 2018, marks the beginning of the 13th annual American Craft Beer Week®. This is the professional craft beer industry group Brewers Association national celebration of small and independent craft beer makers in the US.

Think of this as a seven-day long tribute to the amazing passion, hard work, creativity, and diversity of all those that have brought us the delicious craft beers we love. Our appreciation is being paid back in many ways this week.

Through May 20, look for craft bars, breweries, beer stores, and restaurants that serve real craft beer holding all kinds of special events. Expect to see tap takeovers, special food and beer pairings, new beer releases, one of a kins brewery tours and much more. It is going to be one super American small and independent beer culture wingding. 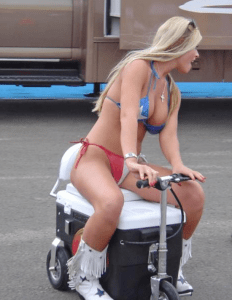 Hooray for the Red, White and Blue!

This year’s Great American Beer Festival is once again happening in Denver. The dates are Sept. 20, 21 and 22 so mark your calendars. This will be the 37th year for this celebration of America’s craft beers. Last year’s festival tickets were gone in a little over four hours, so you have to act fast.

The Great American Beer Festival is the largest showcase of American Breweries annually. Last year more than 800 U.S. breweries presented over 3,900 craft beers to more than 60,000 attendees. Are you getting thirsty? I am.

Craft Brewery Makeover: Lightning is Reborn as a Nano Brewery 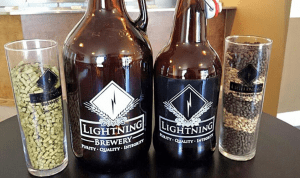 Lightning strikes in Poway, CA. Since 2006, Poway’s first craft brewery has been cranking out killer German style lagers and ales. The city’s only craft brewer has gone nano and just had a party to celebrate this reopening and new direction.

Lightning Brewery will still offer award winning and legacy favorites such as Black Lightning Porter, Old Tempestuous Ale, Elemental Pilsner, Electrostatic Ale, and Thunderweizen Ale. The difference is they are dropping production to only 100 barrels from 1,500 barrels. This allows them to offer small batch artisanal beers alongside their current line up.

Jim Crute, Lightning Brewery President, explains the thinking behind this new direction and strategy. “Our new business model gives craft beer lovers a chance to taste and take home fresh, experimental beers that are only available in limited quantities and only at the Poway, California tasting room and biergarten,” according to Crute. “Gone are the days of Lightning at the local grocery store”, he elaborates, “now folks can stop in to the tasting room for a beer and fill up growlers to take home their favorites. This ensures our beers are at their freshest and ensures enjoyment.”

So far, Lightning has created a small-batch fig-honey wheat beer aged in wine barrels, and a fermented with Riesling grape juice pale ale. A pomegranate saison with fresh fruit and hints of ginger is planned as is a peach Thunderweizen. Down the road look for brand new IPAs and wheat beers that are more fruit focused.

They are redesigning their logo and all their merchandise too. Expect a fresh Lightning Brewery look that celebrates President Jim’s blend of scientific precision, creative artistry, and quality driven care in his beer brewing.

That’s the latest craft beer news for May 2018 from The Craft Joint. Now, drink more craft…I do.