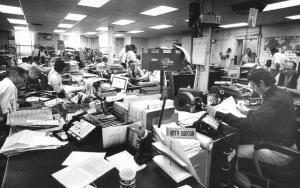 Welcome to the newsroom at The Craft Joint. The phones have been ringing. The news tips have been flowing in as have the adult beverages! So, let’s check out the action in the world of micro-brews and more with some recent craft beer news. 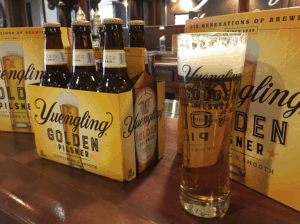 Yuengling, my favorite big craft beer brewer, has exciting beer news as they march out a new beer. I can almost hear the voices in Pennsylvania yelling, “The Pilsner is coming! The Pilsner is coming!” On April 1, Yuengling Golden Pilsner will start hitting select markets in both cans and bottles. The company looks to have the new brew available in all 22 states in which they distribute by year’s end.

Hallertau and Saaz are the special hops added to create this mainly malt, full flavored, refreshing pilsner beer. It took 18 months of development for Yuengling to craft an available year around pilsner that met their quality standards.

Yuengling Golden Pilsner is the first new beer that they have offered that will be available throughout the year in 17 years. This pilsner has an ABV of 4.7% and contains 135 calories. 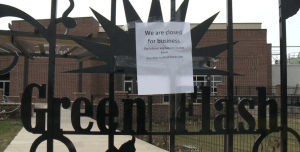 San Diego based brewery Green Flash Brewing Company seems to have tried to go too big, too soon.

Their 58,000 facility in Virginia Beach, VA which was opened in 2016 has been closed and is on the auction block. 43 employees are losing their jobs. The company says that they took on too much debt to build this $20 million dollar brewery.

Green Flash ceased distribution in 32 states back in January and has pulled out of 10 more states. They will be focused on Arizona, California, Colorado, Hawaii, Nevada, Texas, Utah, and Nebraska as their core.

Over 30 percent of their workforce has been released this year.

Despite the Virginia Beach closing and massive layoffs, Green Flash plans to open a brewery and eatery in Lincoln, NE that formerly housed the Ploughshare Brewery.

According to Mike Hinkley, CEO and Co-Founder, this “…course-correction is prudent at this time and will ensure the independence, fiscal viability, identity and quality of the Green Flash and Alpine brands.”

Green Flash has been seeking a new partner through SSG Capital Advisors to help them overcome their current challenges.

In more breaking craft beer news, the Brewers Association, which is the professional association of the craft beer industry, has expanded their Beer Style Guidelines to officially include a new beer style. Varieties of hazy New England (Northeast) Style IPAs are the new additions. Juicy or Hazy categories for IPAs, Double IPAs, and Pale Ale are now part of the guidelines.

That’s it for this edition of The Craft Joint from our newsroom. I hope you were able to knock back at least a pint of tasty craft beer while catching up with this recent news.