When it comes to Christmas, parties, friends, and alcohol, you can turn pretty much anything into Christmas Drinking Games. For instance, you can do something as simple as pick a word and anytime someone says that word, they have to drink. Then choose another word and if that word is said everyone has to drink. Do this while playing cards, a board game, like I said, pretty much anything.

Here’s a warning, so you won’t end up sick, if you’re not a big drinker, start simple and don’t overdo it.

There are all time favorites like beer pong, cards, pictionary and many more you can turn into a festive christmas party game for the holidays.

Make it a movie night plus a drinking game.

There are all time favorite movies like National Lampoon’s Christmas Vacation, Elf, and even the Grinch that you can use.

The goal here is to discretely drink every time:

Make someone else drink x2 when: 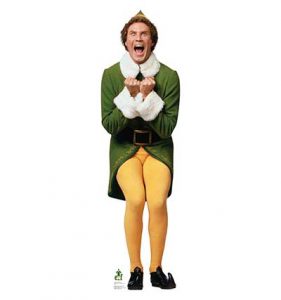 Other Fun and Creative Drinking Games

Everyone has their favorite shot in hand, with refills nearby. Choose someone to start. They sing the first line of their favorite Christmas song. When they stop, the person to the right of them has to continue and sing the next line of the song, and so on. The first person who messes up or doesn’t know the next line has to take a shot. Then you continue where you stopped and the next person has to choose a new song and start the game again.

Know your ABC’s of Christmas

In this game, sit in a circle or around a table. Choose someone to start. The person who starts has to say a word related to Christmas that starts with A, like Angels, the next person has to say the first persons word plus their word, the third person has to say the first, second and their word, and so on until you go around the room or someone messes up. That person takes a shot of their favorite tequila. Then you can start the game over, going backwards of where you stopped in the alphabet. 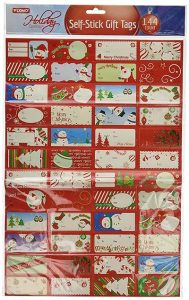 When people arrive at the party, give everyone a sheet of Christmas box tags and ask them to write their name on it, you know the kind you write on the gift to label who it’s to and from. The goal of the game is to place a tag on people and not get caught. The person who empties their sheet first wins and get to decide who they want to take a shot or guzzle a beer. If you get caught tagging someone, they make you drink and take the tag off and place it back on your sheet.

One rule is you can’t tag anyone before they know about the game. If you are caught doing this, like greeting them at the door, then the person who catches you gets to decide if you take a shot or two.

Pack your next Christmas party with as many fun drinking games as possible. Buy plenty of craft beer, tequila, vodka, any other liquor that is your crowds favorite, clean the grill and fire it up. Hold on, unless it’s snowing outside, then just scratch what I just said.

Drink responsibly and let people crash at your place if they’ve had to much to drink.

Sam Edwards is a successful online entrepreneur from North Carolina. His love of outdoors has taken him around the world to some of the most remote locations. He loves fishing, skiing, sailing, hiking, flying, and riding his motorcycle – pretty much anything involving an adventure. On his down time, you may find him on his Harley in the middle of nowhere, hanging out with family and friends, or involved in an intense card game.