Wow! Time flies doesn’t it?. The Thanksgiving holiday weekend just wrapped up. We’re barreling into December, Christmas and more holidays are on their way, and the end of the year will be here before we know it. All of which has nothing to do with this edition of The Craft Joint. This time around (and more no doubt as windy as I am) I’ll be talking about one craft brewer and their beers. It is my friends, Yuengling time.

In some places, Yuengling is very well known. In others, folks have no idea who or what Yuengling is or where they located. I’ve heard people say, upon hearing the name, that it is Chinese. It is not Chinese. Not even close, despite, to some ears, a Chinese sounding name. I have to laugh every time I think about that. Moving on.

I am a big fan of Yuengling. I like almost every beer they brew. I’ve toured their breweries in Pottsville, PA and in Tampa, FL. I’ve talked to employees of Yuengling and I have a friend who works for Yuengling. My enjoyment of Yuengling beer predates my brewery visits and any contact or friendly relationship with anyone connected with this American craft beer company. There’s my “full disclosure”, for what it is worth.

I used to spend quite a bit of time in Eastern Pennsylvania and that is where I discovered Yuengling beer. It’s quite popular there. If you walk into a bar and order a “Lager”, they know you’re talking about the brewer’s flagship brew Yuengling Lager. 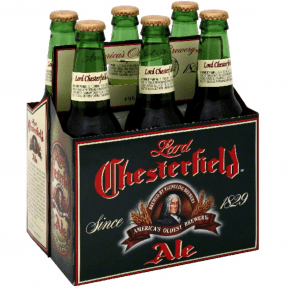 Damn. Just thinking about those two tasty long-standing American craft beers makes me want to boogie to a state that sells them and not only drink my fill but stock up on cases of them both so I can get my liquid fix anytime I feel like it. Trust me when I tell you I feel like it often.

Tragedy struck in 1831 when the original brewery on Centre Street burned down. Not to worry, old D. G. was both motivated and industrious. He found a new 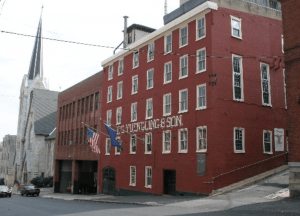 location for his brewery Mahantongo Street and he rebuilt. To this day, that brewery is still there brewing up a variety of all-American beers for all of us to enjoy. If I might add, you are lucky enough to be in a state where it is available.

Fast forwarding to 1873 D. G.’s son Frederick joins the brewing company and that necessitates a name change. 1873 is the year that the Eagle Brewery became D. G. Yuengling & Son to reflect Frederick’s involvement in the company.

More about the Yuengling brewery, their beers, and the influence of Frederick next time.

Then click here to go back the Things Men Buy homepage.