What is the Difference between Tequila and Mezcal?

The saying goes, Tequila leads to Mezcal. But if someone asks you, “What is Mezcal?” and you don’t know the answer, don’t worry… A lot of people don’t know. So there’s Mezcal the “type” of alcohol, as is how it’s made, and then there’s Mescal the brand. Mezcals(the type of alcohol) are made from the Agave plant, so technically Mescal and Tequila fall under the same category of liquor. But there’s definitely some distinctions between the two.

They’re both similar in color(s), they both smell like a night of non-existent inhibitions, and they both will definitely get you fucked up in mass quantities. If you’re wondering what’s the difference between these two on a deeper level you’ve come to the right place.

Firstly Tequila is only made from one type of agave (Blue Agave) and can only legally be made in Jalisco and in small parts of four other states. Mezcal, on the other hand, can be made from 28 varieties of agave and is made around the city of Oaxaca. Tequila is made in an above ground industrial style pressure cooker with just the agave being cooked. Mescal is made completely different way, primarily because it’s made underground. The underground oven contains not only the agave hearts, but also wood, and lava rocks. This is what gives the Mescal its smokey flavor. 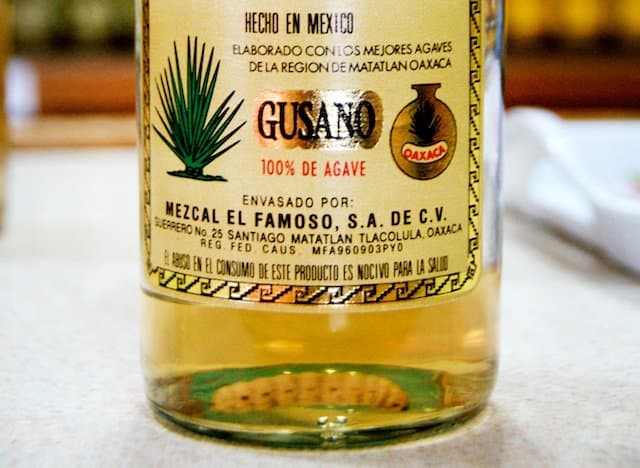 The most noticeable difference between the two lies at the bottom of the bottle. While tequila bottles have nothing in the bottom, some Mescal bottles have a stowaway in the bottom… yes, I’m talking about the worm or the gusano. While it’s mostly a marketing tactic to help boost sales, it’s also pretty interesting. Fun fact: it’s not even really a worm it’s a larva (one of two types that can infest the agave plant).

This isn’t a super in-depth article because the rabbit hole on tequila and Mescal goes way deep. It is, however, a really good starting point for general conversation. and if you’re interested in learning more you should check this really cool video below from “A Bar Above”