What is a Vesper Martini? 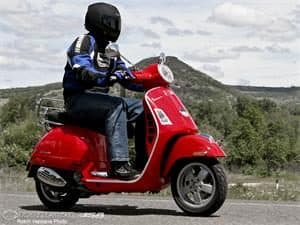 When I heard about a Vesper Martini, I imagined it would be named because of the Vespa Scooter, how wrong I was!

A Vesper Martini is actually named from the Latin for “evening”, which is the time that James Bond chose to drink this particular cocktail.

Ian Fleming (the author of our beloved Mr Bond) was served ‘Vespers’ as an evening drink during a social occasion and it is thought that this is the origin of him choosing the name of the Vesper Martini.

When Did Bond invent the Vesper Martini?

Here is the clip from Casino Royale when James Bond first asked for what would become known as the Vesper Martini:

The Casino Royale book was written in 1953 and this is the only time that Bond ordered a Vesper Martini, potentially Fleming decided not to write it into any other Bond books because of the way Casino Royale ends. (I won’t tell you what actually happens in case you haven’t seen the movie!)

There is one other occasion when one of Bond’s friends ordered him a Vesper, but the ingredients were slightly different in that drink.

What Is The Vesper Martini Recipe?

Here’s the recipe as specified by 007:

It is impossible these days to make the Vesper Martini according to these ingredients and get the same taste because Kina Lillet changed the way it was made in 1986 and Gordon’s Gin was re-formulated in 1992.

An alternative aperitif wine from the Lillet family, called Lillet Blanc is available but it comes without the quinine present in the Kina Lillet which Bond asked for.  This can be substituted more effectively with an aperitif wine called Cocchi Americano which is much closer to the original Kina Lillet quinine taste. Any gin which is 47% proof (as Gordon’s used to be) will help make your Vesper Martini as authentic as possible. These two alternatives will bring the Vesper Martini much closer in taste to the one that Bond ordered.

There are different types of martini that you can try and then decide what your favorite tipple is. If you want to stay with the James Bond theme, have a look here for the vodka martini that he generally drinks.  This cocktail does not contain gin and it first appeared in Fleming’s second Bond novel in 1954, “Live And Let Die”.