The History of Hooters

The first Hooters was opened in Clearwater, Florida on October 4, 1983. It was an idea of six businessmen with no former restaurant experience, now affectionately known as the Hooters 6, to open a restaurant that they couldn’t get kicked out of. Their idea was to combine great finger foods with music that exemplified a nostalgic time in most people’s memories in America. They came up with the name from a popular comedy sketch by one of their favorite comedians at the time, Steve Martin.

Where and How Exactly Did Hooters Start? 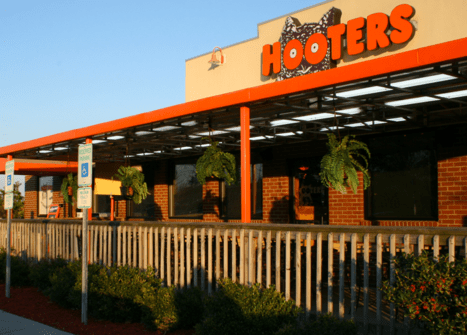 Hooters is another “breastaurant” and is known for it’s three B’s: beer, bar food, and buxom waitresses, affectionately known as Hooters Girls. The very first Hooters Girl was Lynne Austin. One of the Original Hooters 6 bet some buddies on a boat that he could paddle in and get the winner of a local bikini contest to become the first Hooters Girl. He failed to convince her on the spot, but when her job refused to give her time off to enter another bikini contest, she knew she had to make a change. And Hooters was the perfect fit.  Over the years, many celebrities revealed they worked at Hooters.

In 1984 the Original 6 were bought out by Hugh Connerty. Robert H Brooks and a group of investors from Atlanta thought that Hooters was onto something and they bought Connerty out and established Hooters of America, Inc. In 2002 Brooks bought majority control and became CEO of Hooters of America. He passed away in 2006 and left his shares to his son Coby and daughter Boni Belle. As of July 2013 Hooters of America owned 160 restaurants and oversees 430 franchises.

In February 2006, the Hooters Casino Hotel was opened in Las Vegas. It is just off the strip, across the street from the MGM Grand Las Vegas and adjacent to the Tropicana. The hotel has 696 room and a 35,000 square foot casino. There have been some memorable fights that have been held there. I know that there were lower level UFC cards held at Hooters. Not Pay Per Views, but Fight Nights and Ultimate Fighter Finales.  People flock there to enjoy the Hooters brand, ambience, and even a pit stop on a Vegas Bachelor party.

But when you hear Hooters, you think of two things: wings and Hooters Girls. The wings are actually really phenomenal. I don’t typically like breaded chicken wings, but Hooters wings are so crispy and they don’t skimp on the size. Their wings still have a ton of meat on them. And they come with some amazing shoestring curly fries. I remember Wing Wednesday was my favorite when you could get 10 Hooters wings and fries for like $7.  At a recent trip to the Hooters in Weston FL that wasn’t the case! 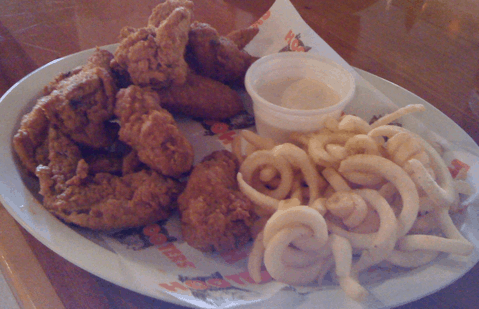 (Trip to Mammory Lane) I used to frequent my local Hooters quite a bit in my single days. For the food of course! Actually, truth be told, I was pretty close with a few of the girls that worked there. I worked at a gym at the time and got them memberships. And I would go in every Sunday and watch my Bucs play at the bar and chat up my buddies that worked there. Ahhh…those were the days.

Ok. I’m back. Sorry about that.

Anyway, as I was saying. The other thing that Hooters is known for of course are the Hooters girls. The white tank top with the Hooters logo and the bright orange running shorts leave little to the imagination of every guy that walks in for a nice meal. Hooters Girls are encouraged to be very friendly with the patrons. If you look on the official site, Hooters calls their Hooters girls “international icons and proud ambassadors of the Hooters brand.”

Hooters is still one of my favorite places to go out to eat. Because of the wings, of course!