The Hottest Celebrities Who Were Hooters Girls

Hooters Girls are “international icons and proud ambassadors of the Hooters brand. Known and loved the world over.” At least according to the Hooters website. In reality, Hooters Girls are smoking hot girls that are waitresses bringing you wings and other finger foods and flirting with you while your wandering eyes peep their every move in their unmistakable tight white tank top and their bright orange short running shorts.  As an aside, I don’t know why a clothing company like Under Armour wouldn’t just sponsor those shorts?  I mean, they did a Baywatch themed apparel line after all.

Famous Women Who Were Once Hooters Girls 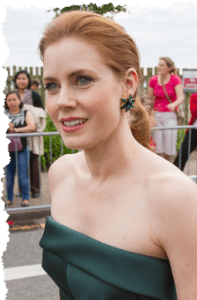 Amy Adams is known as one of the most successful actresses in Hollywood today. But before she made it on the red carpet, she was donning the white and orange to make a few bucks for her first car when she was fresh out of high school. She quit as soon as she made the $900 to buy her used Chevy, later saying that “I wasn’t cut out to be a waitress, and I certainly wasn’t cut out to be a Hooters waitress. That was a short-lived ambition.”

Nevertheless, it’s enough to land her on my list!

If you’re any kind of a sports fan then you know who Leeann Tweeden is. She was a correspondent on the TV show “Best Damn Sports Show Period” and has hosted “Poker After Dark”. She was also a Playboy covergirl, in case you’re into that sort of thing. Anyway, before all of that, in 1991 after graduating high school, Leeann worked at her local Hooters in Manassas, Virginia. She was also featured in the 1993 and 1994 Hooters Calendars. 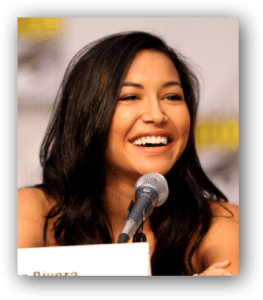 While she was auditioning for acting roles in Hollywood, Rivera was rocking the bright orange in Valencia, California. She is most notably known for her role as Santana Lopez on the hit show “Glee”.

“I have nightmares about that job, period,” she previously stated, ironically while posing nude for “Allure” magazine. “When I was working there, I was really skinny – a lot skinnier than I am now. But I was always self-conscious.”

This former playmate and favorite of Hugh Hefner was actually spotted at Hooters by one of Hugh’s friends who put her on the guest list for an upcoming party at the Playboy mansion. She worked at Hooters to pay her way through college, but who knew it would be the tight tank top that would actually land her a future that she could never have imagined.

This former Playboy centerfold has a similar story to Holly’s. She was waiting tables to pay for her Master’s degree in gerontology (the study of aging) when she was invited to a Midsummer Night’s Dream party at the Playboy Mansion.

So it seems like Playboy sends talent scouts to Hooters. Either that or there is a parallel between people that go to parties at the Playboy Mansion and people who like to eat at Hooters. Either way….I though this list was pretty interesting and some of the names shocked me. 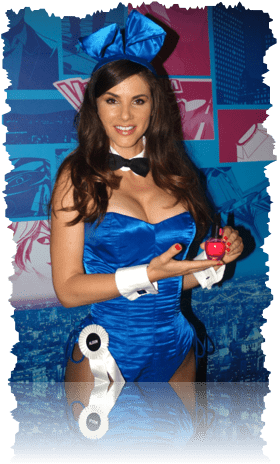 Did I leave anyone out?  Please let me know who your favorite is by leaving a comment below.