What is the History of the Cayman Islands? 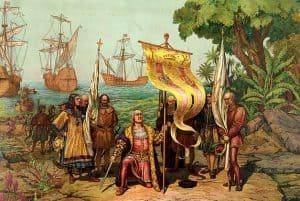 Have you been to the Caribbean? Curious about the history of the Cayman Islands?

The Caymans is on my list of places to go, I’m a keen scuba diver and I know the diving/snorkelling over there is famous, especially for the turtles and sting rays.

I’ve dived the Great Barrier Reef, Australia and been shark diving in the Bahamas, so next on my list is definitely the Cayman Islands. It looks like it’s about $720 to get from Boston to Grand Cayman direct, I’ll start saving right now! I’m gonna pack light and get myself down to the world famous Seven Mile Beach!

When Were The Cayman Islands Discovered?

The Caymans were first sighted by Christopher Columbus in 1503 and he named them “Las Tortugas” because of the numerous sea turtles in evidence. The first inhabitants arrived in 1658 and the first recorded permanent inhabitant was born on Grand Cayman around 1661.

The Cayman Islands form part of the Western Caribbean and they are 430 miles south of Miami and 310 miles northwest of Jamaica.

Why Would You Visit The Cayman Islands?

I’ve already mentioned that they are a sought after destination for divers and snorkellers alike.  There are fabulous beaches, a profusion of water sports and outdoor activities and that beautiful Caribbean Island feel that is relaxed and welcoming.

Famous places to visit are Stingray City in Grand Cayman: 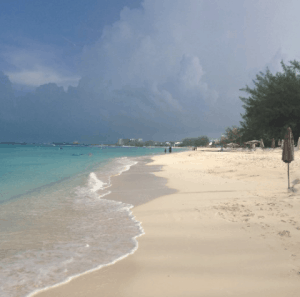 You can go on Catamaran excursions, visit the Cayman Islands by cruise, jet ski around the islands, even go in a submarine to see the Island Reefs.

So even if you’re not a diver, there is tonnes to do on the Cayman Islands, it looks like a great place for a luxurious island holiday.

Of course it’s also important to remember Caribbean Rum for your cocktails! You can go on a distillery tour and sample lots of rum, then sit back on the beach and have your favorite rum-based cocktails whilst watching the setting sun! Here’s a recipe for my favorite adult beverage of all time, Caribbean Rum Punch:

Picture the scene, it’s been a hard day snorkelling and relaxing on your idyllic island, now it’s time to watch the sun go down as you sip your Rum Punch – it doesn’t get much better than that!