Things To Do In The Cayman Islands 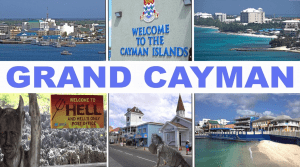 I’m a lucky guy. A lot of my work includes travel so I’ve been able to go to many places, sometimes briefly and sometimes for a little longer. One of the best things in my book, of traveling for work besides the obvious “I get to go to cool places” is making a list of places to go back to for a real vacation. The Cayman Islands are one of those places. There are lots of things to do in the Cayman Islands and I’m going to take a look at a few or so. Check it out!

Find out about the history of The Cayman Islands here.

My visit to the Caymans was not work-related. I was on a cruise with about 20 of my relatives, which is an experience all of its own. A good one. We had a blast. No fistfights either. It was a good thing.

Finding Things to Do on The Cayman Islands

Much on Grand Cayman Island

Grand Cayman in the Western Caribbean was one of our ports of call. I decided that the cruise ship offered shore excursions were not for my immediate family. So I gathered up the five of us, went to the taxi area, talked to some drivers, picked out a cool one, and hired him to take us for our own little tour of Grand Cayman Island.

For pure kitsch, we stopped at Hell, Grand Cayman. Located near the north coast of Grand Cayman in an area called West Bay, you can view sinister looking black jagged limestone rock formations. It looks rather hellish which inspired them to name the town Hell. Hell has its own post office. So you can say you’ve officially been to Hell and prove it with a postmark on a postcard or mail some stuff from Hell to your friends. A decent boardwalk allows easier access to view the rock formations and get some touristy photos. Overall it is a bizarre and fun stop and we were all glad we visited Hell.

If you like sea turtles (come on who the hell doesn’t?), spend a little time at the Cayman Turtle Farm. This is a research and breeding facility. They have some of the Kemp’s Ridley sea turtles which are an endangered species and more of the green sea turtles.

To reduce poaching of sea turtles in nearby waters, the green sea turtles are raised for food. Don’t fret as this their goal is also conservation and they raise turtles and release them into the wild. Baby turtles hatching out of their eggs have it rough. Not many survive so a place like this is needed. There are cool opportunities to get close and check out the turtles. They have other fun Cayman Islands tropical stuff that might be of interest. The Cayman Turtle Farm, like Hell, is also in the West Bay area of Grand Cayman so you can see turtles and go to Hell too. 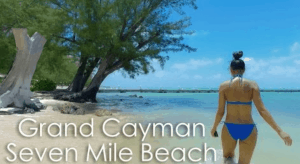 Any trip to a Caribbean island is not complete without spending time at a beach. Since we’re still in the West Bay area, Seven Mile Beach is a must stop. This famous strip of sand is considered one of the best beaches in the Caribbean. Luxurious soft sand and the blue-green turquoise water is hard to resist. With such beauty comes popularity. Expect many cruise ship and other visitors here.

You might as well have cocktails here too. Drinking interesting local specialties is always part of my vacation plan and you have the opportunity to do that at Seven Mile Beach. I’m telling you right now, you’re going to have sticker shock. The drinks here are pricey. In fact, the Caymans are pricey in general. Don’t let that sway you. Plan and budget accordingly and you’ll be fine…and prepared. Don’t be a tight ass and bitch about it, because I just gave you fair warning!

George Town is the main city, so wander around. There are restaurants right on the water so you can grab a bite and do some more tropical cocktailing. Ask around about island nightlife. You’re sure to find some big boy fun by doing a little night adventuring.

Adventures Await on All The Caymans

Grand Cayman isn’t the only island. There’s also Cayman Brac and Little Cayman. All the Cayman 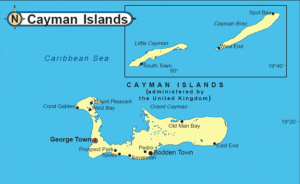 The Caymans are well known as a premier dive destination. Tiny Little Cayman is the place for some world-class diving. Many visit the Caymans primarily to go diving. If diving is your thing,
dive The Caymans. Fishermen enjoy fighting Tarpons and bonefish in the waters of Little Cayman.

Cayman Brac has some pretty wild caves to explore and, overall, is a beautiful place to see. I appreciate nature, so I’d have to spend some time checking out this island. Great diving here too including a 300 feet plus sunken Russian frigate.

There’s so much to do and see here. I’ve barely scratched the surface. You can snorkel with stingrays at Stingray City. Go underwater without getting wet while on an Atlantis Submarines tour. Hike in a dry subtropical forest in the Mastic reserve. You get the idea.

Overall, there are many, many things to do in The Caymans. What are you waiting for men? Get with it.