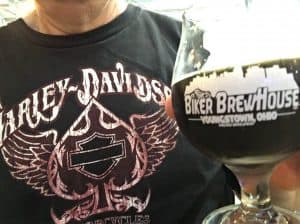 To say that I sampled Ohio craft beer while I was in Youngstown would be a flat-out lie. To say that I hit a couple places and knocked back some brews would be much more accurate. The latter is was happened. I’m all about the truth here in The Craft Joint.

My craft beer drinking tour continued in Youngstown, OH. No particular reason I hit Youngstown except my other work took me there. The beer drinking happened because I was thirsty. I usually am, as anyone who has ever read The Craft Joint knows, thirsty for tasty, delicious craft beer.

A Craft Brewery in a Harley-Davidson Dealership 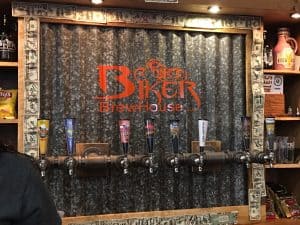 My hotel in Austintown was, lucky for me, a stone’s throw to Harley-Davidson Biketown. Since I’ve been working on the road and my Harley is back in Illinois, I needed a fix. I was just going to browse new models and maybe get a shirt. Anything to be around some Milwaukee Iron for a few moments.

Biketown was true to its name. Big showroom floor filled with new models. Just what the doctor ordered for this bike starved rider. Two folks greeted me, we chatted, and they said I should check out the craft beer bar and they pointed across the showroom.

What?!?! I couldn’t believe it. I saw some tanks up on a catwalk and I saw a bar serving the craft beer that they actually brewed inside of Biketown Harley-Davidson. Men, I was in heaven. 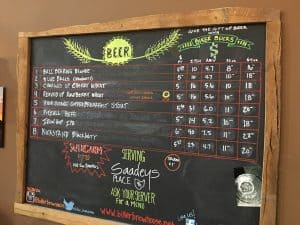 I walked through the doorway of the appropriately named Biker BrewHouse microbrewery and they said help yourself to the free food. Craft beer and free food?!?! How lucky can a road-weary guy be?

I grabbed something to eat, plopped down at the bar and 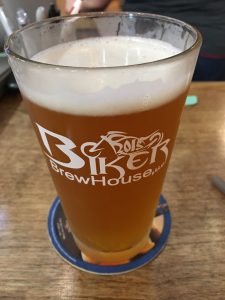 ordered a pint of Iron Hop IPA. It was hoppy as an IPA should be and packed a 7.7% ABV.

After rather quickly downing the Iron Hop, I decided on their stout. The bartender served up the High Octane Coffee Breakfast Stout in a very round tulip glass. It was a mild 6% alcohol by volume and full of flavor. As the name implied, it was coffee forward and all beer. Smooth and it had that slightly roasted flavor that you want and expect from a stout but that some get it wrong by having too much “roastiness” and too much non-beer flavor.

The High Octane Coffee Breakfast Stout was a well balanced, so dark 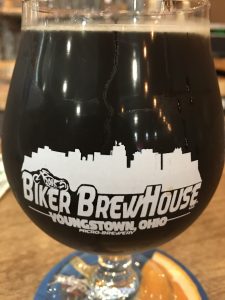 you can’t see through, yet surprisingly refreshing and not at all overly heavy or filling microbrewed beer.

Whether on the showroom floor or inside this corner brewery in Biketown Harley-Davidson, everyone I met was super friendly and happy to chat with this oversized stranger with a big thirst.

A tip of my hat to the local bikers I met, the advanced thinking of the dealership owners that led to this almost a year and a half old brewery being here, and to the brewmaster, Larry Wilson. I did not get to meet Larry, but the man can brew some beer.

Finally, I wanted to mention that Biketown is the only Harley-Davidson dealership in the country with a microbrewery in it. I sure hope this catches on.

Next time I hit another craft beer joint in Youngstown, Ohio.