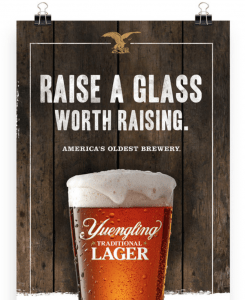 Welcome to this installment of The Craft Joint. Last time I began taking a look at the Yuengling brewery which is America’s oldest craft brewery. I covered the earliest years of Yuengling. I’m going to continue telling the story of this brewery. Go to this column to catch up with the beginning of the story

Why the Yuengling Brewery?

Here’s the deal. Yuengling has been around longer than any craft brewery and has stayed independent throughout their entire history. Over the last few years, a number of independent craft breweries have been bought out by InBev and other giant multinational beer makers or other such corporate entities. Often this is done quietly and, perhaps, deceptively. I’ve written a bit about this topic in a previous The Craft Joint column.

Yuengling brewery beers are affordable. They are generally good tasting, easy drinking beers. They are gradually distributing in more states. If you start seeing their beers at your local beer store, give them a try. I’m a fan and you might become one too.

Now, on to More of this Story of the Yuengling Craft Brewery.

Frederick, the son of the founder of Yuengling, joined the brewery company in 1873. David, Frederick’s father, dies soon after in 1877. 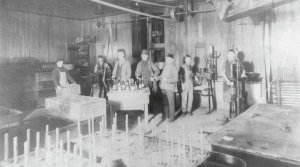 A big change for the company occurs in 1895 when Frederick adds a bottling line to the plant. Yuengling can now bottle their tasty beer!

In 1919, Prohibition (just saying that word leaves a nasty taste in my mouth) becomes laws with the passage of the eighteenth amendment. Yuengling has no choice but to start producing near beer. The next year, 1920, they build a dairy across the street from the brewery so they can stay in business. As you can imagine, many breweries went by the wayside during prohibition. Yuengling had to diversify to survive.

1929 marked the 100th anniversary of the Yuengling brewery. Sadly, they were still only allowed by law to produce near beer because that dark time in our nation’s history, Prohibition, was still law.

Repeal! And Sending a Truckload of Craft Beer to the President!

Finally, miracle of miracle, in 1933 the evil Prohibition was repealed. Let freedom ring! This brewing company celebrates in fine style by brewing up “Winner Beer”. An entire truckload was shipped to President Franklin D. Roosevelt. I imagine that was fun party time in the White House when that load of tasty suds arrived! 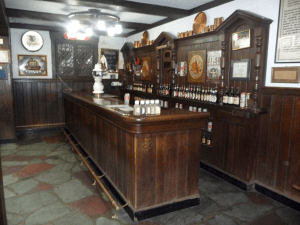 The Yuengling brewery lacked their own on-site bar. Hey, if you are a brewery you need to have a bar…right? In 1933 the Rathskeller was built. I’ve been there. I’ve drunk there. Not in 1933 or anything close to that, of course. But in this damn century. It is a great little place to enjoy some of the Yuengling brand beers after taking the brewery tour.

In 1954, the brewery celebrated 125 years of doing business! That’s a milestone, for sure, for an independent craft brewery.

I’ll continue the Yuengling success story in my next column. Probably. If not the next, then the one after that because I like Yuengling beer and I love success stories. Especially success stories involving my favorite adult beverage. That’s craft beer, in case you missed that point. Kind of hard to, but you never know.