Now I’m in Wisconsin and I’ve been drinking. It hasn’t been easy. Too many choices. That’s the kind of “not easy” that I’m talking about. You’d think with all the great Wisconsin craft beer available that I’d stick with local. Local to the the state brews at least, eh? Not the case, at all. Here in Wisconsin, a state pretty well known for beer, I’ve been stepping out.

Stop right there. I have been faithful. Kind of faithful. I’ve knocked back a few Wisconsin brewed craft beers, for sure. I just decided not to limit my self. I’ve tipped a few craft beers that are new to me but not brewed here. Since I’m in this state and the places I went had them on tap, I figured that was damn good enough.

Since this is part of my beer tour and I’m in Wisconsin, I’ll just tell you about the Wisconsin craft beer that drank. For now.

Which Wisconsin Craft Beers Did I Drink?

I’ve been from the western part of the state to Milwaukee and more during this trip. I’ve visited liquor stores, grocery stores, hotel bars, and a bar at a marina. I’ve seen a lot of craft beer for sale. There’s been a bunch that I’ve never heard of and I’m always ready for something new. 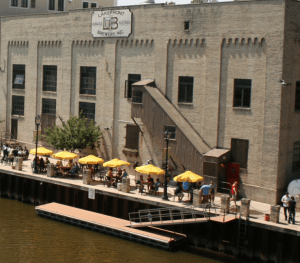 Lakefront Brewery, I discovered is a Milwaukee-based craft brewer that’s been around since 1987. Brothers Russ and Jim Klisch started like so many craft beer makers did. They made beer at one.

Eastside Dark is a dark lager in the Bavarian style. This type of beer is often referred to as a Munich Dunkel Lager. Dunkel means “dark” in German.

Three different specialty grains are used and the result is a damn fine beer. Rich, roasty, and flavorful. My pint disappeared rather quickly. 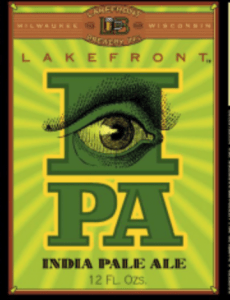 You can’t miss the distinctive “eye” label and tap handle art that lets you know Lakefront IPA is at hand. With Citra®, Cascade, and Chinook hops combined in this 6.6% ABV, you know you’ll get a nose and mouthful of hop goodness.

Prominent aroma and flavor that nicely weds citrus and floral-ness without being obnoxious. Minimal bitterness in this American style IPA makes it a good choice for those who are not yet total hopheads. 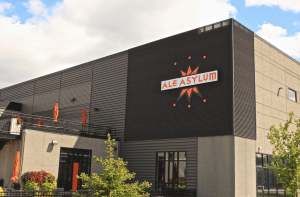 Founded in 2005, Madison’s Ale Asylum is heavy on the creative end of things. They expanded into an $8 million brewery building back in 2012/2013 and they kick out beers with names like Ambergeddon and Contorter Porter. 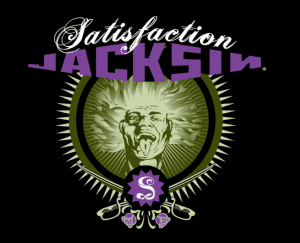 I picked up a six-pack of this hop-bomb and loved every ass-kicking sip! They have slammed 3 plus pounds of Centennial hops into every single barrel of Satisfaction Jacksin Double IPA.

If you’re looking for an American Imperial style IPA that’ll light up your bitter hop loving taste buds and buzz bombard your brain, stop looking now. This 8.25% ABV flavor bullet will do it for you in short order. And that’s a fact Jack…sin.

That is it for Wisconsin craft brewskis this time around. Never fear, my craft beer drinking tour continues next time. Nowhere else but here at The Craft Joint courtesy of Things Men Buy.