What is Kobe beef? 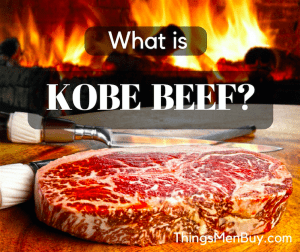 You may have heard the term “Kobe beef” before, or even been lucky enough to sample it at a luxury restaurant. But in fact, other than the name and the heavenly taste, there’s a whole lot that most people don’t know about Japan’s beer that’s garnered worldwide acclaim.

First off, many people get the terms “Kobe” and “Wagyu” mixed up when talking about fine Japanese beef. To put it simply, every Kobe steak is Wagyu, but not every Wagyu cut of meat is Kobe. That’s because Wagyu actually refers to all Japanese cattle (in Japanese, “Wa-” means Japanese-style and “-gyu” means cattle or cows.)

Just like all sparkling wine from the province of Champagne is allowed to assume that name, only cattle that comes from the Prefecture of Hyogo (Hyogo is the capital city in the Kobe region) can be considered true and authentic Kobe beef.

Even a few decades ago, Kobe beef was hardly known around the world, but now it’s the hottest thing in high-end steakhouses from Las Vegas to New York; Dubai to Hong Kong; and yes, Japan. The meat is famous for its heavily marbled, rich and complex texture and taste, offering not just a meal but a unique dining experience. And Kobe beef doesn’t just come as a steak, but also sukiyaki, shabu shabu, sashimi, and teppanyaki.

Cattle were raised in Japan as early as the second century to help rice cultivation. In the 19th century, several types of European cattle were brought over and interbred, including Brown Swiss, Shorthorn, and Devon. But eating beef didn’t become common until the end of World War II and Kobe beef was first officially recognized for its quality and taste in 1943.

The practice of dining on the finest cuts of meat became popular during the economic boom starting in the 1980s. In 1983, the Kobe Beef Marketing and Distribution Promotion Association was formed to regulate and promote the finest quality beef from that region. But the first Kobe beef wasn’t introduced to the United States until 2012, nearly twenty years later!

So what makes Kobe beef so special?

For it to be officially a Kobe cut of meat according to the Kobe Beef Marketing and Distribution Promotion Association, it needs to meet these seven stringent standards of quality

But before you go out and start buying Kobe steaks and ordering them every time it’s on a menu, a word of caution. While the standards for what can be classified and marketed as Kobe beef are very strict within Japan, no such rules apply outside that country’s borders. In fact, uneducated or even unscrupulous merchants often call their beef Kobe, even if it’s Wagyu Japanese beef but not real Kobe. Of course, they also know it sells better, so you’ll see a lot of “Kobe-style” or “Japanese Kobe” steaks on menus in the U.S. even if they are not authentic.