What are the Top Five Movies About Sports?

There are many different subgenres that come with sports movies: drama, comedy, romance, etc. That just goes to show you how relatable sports can be; from hardcore fans, to just the casual type. So let’s get to it. Here are the top 5 movies about sports. 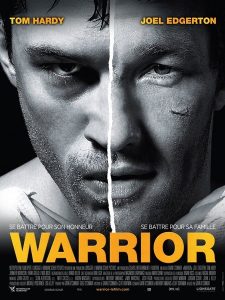 Definitely the most underrated on the list, but maybe has the best performances of any movie on the list.  This MMA drama centers around a father who tries to reconcile with his two estranged sons, who are both fighters. On top of the excellent performances(Tom Hardy and Nick Nolte especially), the actual fights scenes are well done also. 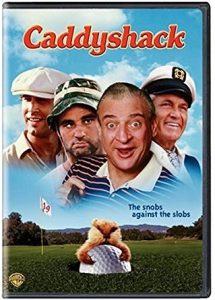 This superb comedy takes place within a snobbish country club, and is centered around a teen trying to earn a scholarship awarded to the best caddy. What puts this film over the top is it’s  supporting characters. Three in particular, played by Chevy Chase, Bill Murray, and Rodney Dangerfield. Any time any combination of the three are on screen, It’s a riot. You don’t have to know anything about Golf to enjoy this comedy about it. 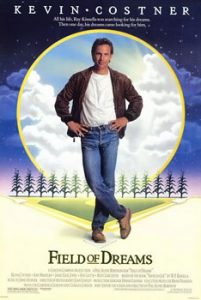 This film combines several genres(drama, sports, fantasy), and succeeds at them all. Baseball is a very important element all around. In one of the film’s best scenes James Earl Jones gives a great monologue about why it’s so important in bringing people together. And When it’s finally revealed what the “If you build it, he will come” message means, it’s one of most meaningful games of catch ever filmed. 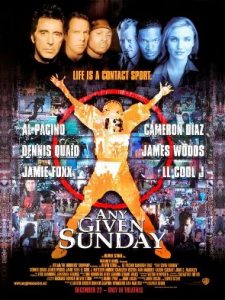 Maybe the best football movie of all time. It touches on so many things about the game we wonder about, on the outside looking in: the coach, the declining veteran, the up and coming rookie, the playing for his yard bonus running back. Just to name a few. And not to mention one of the best movie speeches ever, by the awesome Al Pacino. 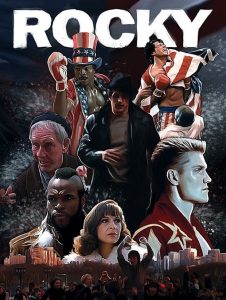 The ultimate underdog sports story. And a great romance story on the side. Excellent performances on all around, and not to mention the finale: The boxing match. Also a great examination on boxers who missed their shot. A classic.