My Mt. Rushmore of Movies and Why

One of my favorite man hobbies is to watch movies. There are certain ones thta I gravitate toward, but then there is the Mt. Rushmore. The top 4. Here is my list of all-time favorite movies. To be included in my list of movies is pretty special. In order to make the cut, the movie has to be one that if I happen to see it on my guide when flipping through channels, I will put it on, no questions asked. There is no skipping over it. Another criteria that I have for the list is that it has to be a movie that I can watch a million times and never get bored of. One of the main things that the movie must do is have memorable quotes. I am a big quotes guy and if I can reference a movie quote during a real-life situation, I’m going to do it. So with that being said, here are my top 5 movies of all time. 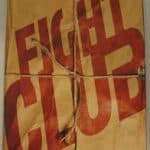 Reason: This is my all-time favorite movie. And no, it’s not because of the fighting or the twist at the end. It’s the premise of the whole thing. The fact that we live in a society where materialistic “things” matter so much and we let them run our universe.

“The things you own end up owning you.”

“Now, a question of etiquette as I pass…do I give you the as or the crotch?” 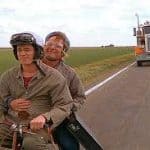 Reason: This was my favorite comedy of all time for years. Now it has to be tied with another comedy that comes later in the list. But I literally watched this movie at least 1,000 times. The first time I saw it I think I missed half of it because I was laughing to hard. Just writing about this movie makes me want to go watch it right now!

Favorite quotes (way too many to count):

“So you’re telling me there’s a chance? I read ya!”

“Why you going to the airport? Flying somewhere?”

“Let’s put another shrimp on the bah-bee!”

“Man, you are one pathetic loser. No offense.”

“Our pets heads are fallin’ off!”

“I’ll tell you where. Someplace warm. A place where the beer flows like wine. Where beautiful women instinctively flock like the salmon of Capistrano. I’m talking about a little place called Aspen.” 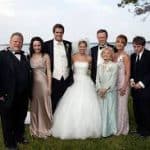 Reason: This is the only movie that has ever rivaled Dumb and Dumber for me when it comes to both making me laugh and the amount of quotes used by myself and friends. This movie elevated Vince Vaughn in my book as one of my favorites.

“…are they real? Are they built for speed or comfort? What’d you do with them? Motorboat? You play the motorboat? You motorboatin’ son-of-a-bitch! You old sailor you!”

“The proper girl in the hat just eye-fucked the shit out of me.”

“You shut your mouth when you’re talking to me!”

“And all the while you’re just really wondering are we gonna get hopped up enough to make some bad decisions? Perhaps play a little game called “just the tip”. Just for a second, just to see how it feels. Or, ouch, ouch you’re on my hair.”

“Tattoo on the lower back? Might as well be a bullseye.”

“You better lock it up!”

“I almost numchucked you! You don’t even realize!”

“I was first team all-state. I’ll put the ball anywhere I want to. I’ll make it rain out here.”

“Erroneous! Erroneous on both counts!” 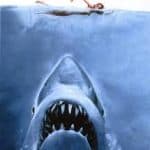 Reason: This movie began a lifelong obsession of sharks for me. Anytime I went to the library I would go straight to the animal section and read all of the shark books over and over. All because of this movie. I still can’t pass it up if I see it’s on TV.

“Here’s to swimmin’ with bow-legged women.”

“This shark, swallow you whole.”

Any quotes I’m missing? Add them in the comments below!