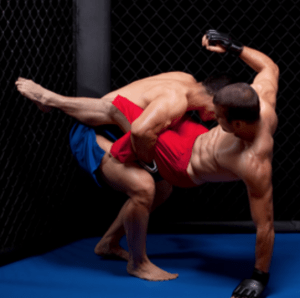 Any fans of MMA out there? I’m sure there are. As a sport, Mixed Martial Arts have come out of nowhere a couple decades or so ago to becoming a serious draw. If social media is any indicator (hint: it is.) the sport of MMA is huge. For example, the Ultimate Fighting Championship© has over 6.5 million Twitter followers and around 22 million in both Likes and Followers on Facebook©. Conor McGregor has almost 7 million Twitter© followers. Those numbers illustrate solid and enduring pull. Considering that, thingsmenbuy.com and your author are serving up some of the best sites to read to learn MMA.

I remember when the whole thing was picking up steam (at least in my circle of awareness) and the buzz was about the Gracie family and Jiu-Jitsu. Gracie Jiu-Jitsu, which is their variation of Brazilian Jiu-Jitsu now popularly called BJJ, was all the rage and really brought grappling and ground fighting combat/self-defense renewed attention.

These days it seems like strikers such as McGregor have come gained serious traction. McGregor started out and competed early on as a boxer, but a coach encouraged him to pursue MMA and that worked out pretty damn good for him. 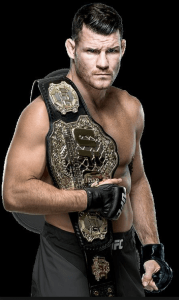 Another top name is Michael Bisping. Contrary to McGregor, Bisping began Jiu-Jitsu training as a kid. In his late teens, he added boxing, kickboxing, and karate to his training. That variety of training has served him well.

I mentioned these fighters to point out the wide range of training and styles prevalent in the world of Mixed Martial Arts today and how success in this fighting sport is not due to proficiency in just one area. True to the name, it is mixed.

Best Sites to Read to Learn All About MMA

Now, let’s check out a few great MMA websites to read and learn more. The following websites provide quality information about Mixed Martial Arts and about the sport that has sprouted up incorporating and promoting this full contact fighting style. The title alone, Mixed Martial Arts, indicates that those involved in the sport cull techniques from a variety of traditional disciplines. This is very true today as evidenced by above. On to the sites… 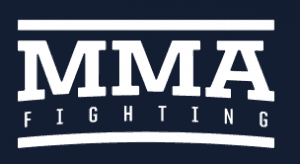 They also offer a video show called “The MMA Hour” which can help you learn more about what’s going on in the world of MMA.

“The Underground” is the name of the MMA site at http://www.mixedmartialarts.com. Their main page is filled with videos. They offer news, forums, events, and a pretty damn good fighter database. They also are proud of their podcast.

“MMA Mania” can be found at https://www.mmamania.com. This is a solid offering of pics, news, videos, and articles. MMA Mania is part of the independent sports media brand called “SB Nation” and they have quite a bit of fan interactivity.

Finally, to learn about and keep up with everything from the industry leader, you have to check out the official Ultimate Fighting Championship© website at http://www.ufc.com. You can not help but to get a bunch of background and get up to date on everything UFC© connected while exploring all their pages.

You Won’t Learn How to Fight From a Website Alone…

This is my short list of the best sites to read to learn MMA. My focus has been to learn about the competitive sport as opposed to learning how to do mixed martial arts. The reason for this is simple. If you want to actually learn how to do it, take classes. That is the only real way in my book.