Things to Do in Panama 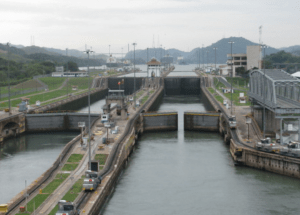 This time around, I want to focus on the Central American country of Panama. I found a lot of things to do in Panama. Since I found so much to do, I’m going to just take a look at Panama City and stuff close to the city. I was totally surprised at all the things you can find to do in this metropolis that has a metro area population of over 1.5 million people! By the way, it is also the capital.

Panama City is at the entrance to the Panama Canal on the Pacific side of the country. That surprised me. I thought it was on the other side and I’m pretty not bad at geography. Hell, live and learn. Speaking of which, I found some travel deals by searching around. Do the same and I’m sure you’ll find some too.

Here’s Things to Do in Panama

Since it is basically right there, one thing you have to do is visit the Panama Canal. It may seem obvious but so what. This is significant to the history and to the modern era of Panama…big time. Plus it looks cool. It is an engineering marvel! What man doesn’t love shit like that?

Check out the Miraflores Visitor Center which will take about 20 minutes by cab from the city. There’s bus service too. You can hang out on a viewing platform and see huge cargo and container ships go through the Miraflores Locks. Monster size cruise ships too!

Fifteen bucks will get you into the Visitor Center. Go later in the day so you can have dinner at the Atlantic & Pacific Restaurant which has entrees for $20 bucks or so. Be sure to ask to sit on the balcony. Don’t eat lunch here. It’s a buffet and it costs too much for what it is. 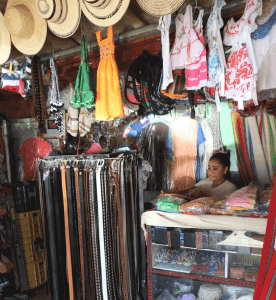 If you’re into souvenirs, there’s an out of the way artisan market called Mercado Artesanias de 5 de Mayo. It is located in kind of a crappy part of Panama City but that means a lack of tourists and a lack of tourist prices. It is mostly artists selling their own art. I support stuff like that and I’d definitely check this place out myself.

To get there take the Metro which is the city’s relatively new rapid transit system. On the Metro look for the 5 de Mayo station. When there look for the 3 de Noviembre and exit towards it. Then go left. The artisan market is under the overpass near a row of pink containers. I know this may sound kind of sketchy but go for it. As usual, whenever traveling abroad or when in any city, keep your guard up by being aware.

Are you a football fan? Well, the name of the game in Panama is Futbol! I’m talking soccer. Easy there, Gringo, you don’t have to like soccer to have a good time. Soccer is a big deal in most of the world. Panamanians love it. Take a little time and check out the game and the fans. Look out for flying beer. I hear Futbol fans in Panama love to throw their beer in the air when their team scores a goal. That may be alcohol abuse, but it sounds like a rowdy fun time!

Downtown by the Water 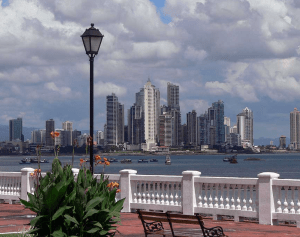 Along the water in downtown Panama City is what they call Cinta Costera. It is an amazingly beautiful waterfront park that stretches for quite a distance. Walk it, run it, bike it, use the fee workout equipment, play soccer or volleyball or tennis and more. You could just sit on a bench and watch the world go by too. Remember, it’s really hot in Panama so you probably want to wait until sometime after 5 in the evening to check this out.

If you want to get out of the city and check out a beach, spend a day taking a trip to San Blas. San Blas is a collection of over 300 islands. Panama’s Guna natives inhabit these islands. You’ll be roughing it 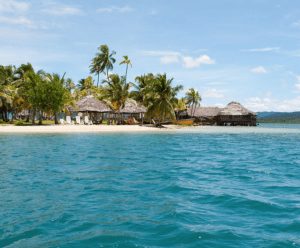 here but it will be an experience you won’t ever forget. About a hundred bucks will get you a nice beach tour that includes lunch, some island hopping and round-trip transportation from Panama City. FYI, Guna Yala is what San Blas is mostly called now. Don’t be confused, just go with it. Oh yeah, foreigners (that’s us) are charged $20 to enter this area.

There’s really so much to do in and near Panama City. Just see this modern city filled with skyscrapers is cool and you’re also close to ancient areas of the city and area too. Not too far away you can escape to The Golden Frog Inn in the highlands of El Valle de Anton, drink rum at Pedro Mandinga, hike through the Cero Ancon, and so much more.

Don’t forget the nightlife too. Come on, you know I wouldn’t miss talking just a little about that. Panama City has exciting nightlife, especially in the Casco Viejo. That’s where you’ll find the best places to drink and dance. There’s something called the Soy del Casco Night Pass which will save you some money and is recommended.

When you get down to Panama, let me know how it goes for you.