Things to Do in Nicaragua 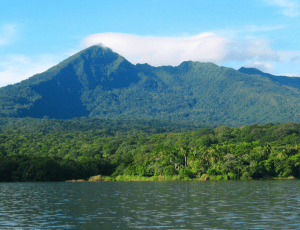 I have long been curious about the Central American country of Nicaragua. It is located between Honduras to the North and Costa Rica to the South. To satisfy my curiosity, I’ve found some cool things to do in Nicaragua and think sharing them with my Things Men Buy friends is the right thing to do. Before going on vacation, a good idea is to search for travel deals. This can save you money and provide information about where you’re going and things to do.

First, a little about this country. Nicaragua has close to 20 active volcanoes and two totally amazing coastlines. If you have a head and heart for adventure and travel, this looks like a primo destination choice. A bonus that really makes Nicaragua rock in my book is that it can be cheap! Seriously cheap if you want it to be.

I found a big range of hotel prices. Sure, you can find kick-ass resorts and spend a few hundred a night. Like Barcelo Montelimar in San Rafael del Sur or you can go to Managua and only spend $40 bucks or so at the Art Hotel. If you really want to do Nicaragua on the cheap, dorm type rooms can be found for five bucks a night or so.

Safety is not a big issue here. Nicaragua is a very safe place to visit. Use good sense and you’ll be fine.

There’s lots to do in this exciting country. So let’s get with it.

Exciting Things to Do in Nicaragua 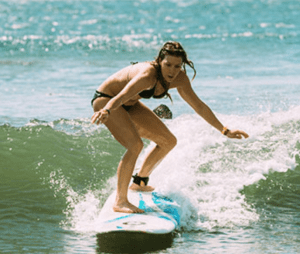 Go surfing in Nicaragua! Head over to Popoyo on the Pacific coast. Its super popular with waves screaming for a board. It doesn’t matter if you’re a veteran surfer or a beginner you can get some action here. For beginners, I found out there are surfing schools that can get you going. If you just want to wing it, rent a board. They go for around $10 bucks a day. I’ve tried surfing before and if I think lessons are the way to go if you’re a beginner.

The town Popoyo is small and chill. Looks like a great place to kick back.

Here’s something I found that just blows my mind. Volcano boarding. You can actually go boarding down a volcano in Nicaragua! Is that insane or what! Here’s what I found out about this psychotic action.

Cerro Negro is the volcano where you go boarding. It is a young volcano at only 150 years old. It’s also one of Nicaragua’s most active volcanoes. Located in the southern part of Nicaragua about 10 kilometers from the town Malpaisillo.

You can board down thousands of feet of volcanic gravel at over 30 miles per hour. I’m talking total 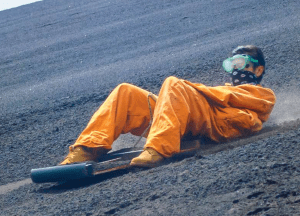 adrenalin. How could it not be? If that doesn’t blow your mind, think about the fact that Cerro Negro is way overdue for an eruption! Whoa!

Also, they say that this is the only place in the entire world where you can go Volcano boarding down an active volcano. To do this, you have to book a tour. There’s a number of companies offer this brain exploding activity. Looks like you can spend around $50 to $100 bucks per person for a tour.

Different sources I found say to go with the higher priced tours. If you spend more you’ll most likely be part of a smaller group, get a better board, and a better suit. I’d spend the extra jack myself.

I need to say this. If you’re going to go to a foreign country and do crazy shit like a maniac, then you need to cover your ass. I’m talking travel insurance. A smart solid investment. Get yourself covered.

Okay. Another thing to do in Nicaragua is to check out Somoto Canyon. I found out it was just really “discovered” back in 2004. Seems to be kind of a secret outside of Nicaragua. Think of Somoto Canyon as Nicaragua’s version of the Grand Canyon. 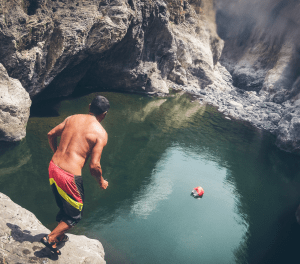 If the idea of jumping off 30-foot cliffs jams you up, you can float around in some gorgeous water or go swimming too. Whatever you’re up for, it looks like Somoto Canyon is a must do when visiting Nicaragua.

Tours to Somoto are offered and I found ones that cost about 30 bucks. Ones that include a guide and some food are recommended. Seems like you have to get out there yourself though. Roundtrip buses shouldn’t cost you over a few bucks.

If you want to check out a city, Granada looks like a good option. It is in the western part of the country and has a lot of history and cool stuff to do whether exploring the city itself or nearby.

For example, just outside of Granada is a very active Volcano! In fact, it is the most active volcano in Nicaragua! I’m talking Masaya.

Take in an Active Volcano at Masaya

You can stare directly into a bubbling orange pit of lava at Masaya. But not for too long because the 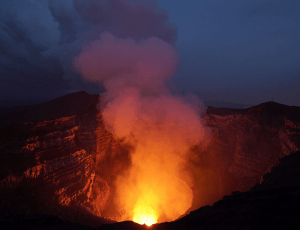 fumes could do you some damage. I found that they will let you check out the crater for about ten minutes. A night tour will run you about 20 bucks. All the descriptions that I read say that this is an exciting must do thing when visiting Nicaragua.

Chow Down in Central Park in Granada

Back in Granada, in the Central Park area, are a bunch of restaurants. These look like they are popular with both locals and tourists which is a good sign. Be sure to sample the local cuisine. Its supposed to be very flavorful. Vigoron and Cedro con yuca are some dishes that look very popular. So now you have a couple things to start with when dining in Granada.

If what I’ve talked about doesn’t get you excited about visiting Nicaragua, then stay home on your sofa! Or, my thingsmenbuy.com friends, you can have some adventures by getting out and seeing and experiencing different places in this big beautiful world we live in. Enjoy!