The State of Texas Craft Beer 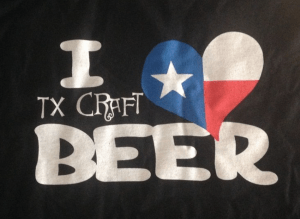 Welcome to Texas! I saw that this past week as I was in Texas. Signs, right? You know that if I’m in Texas, I’m going to be drinking craft beer. With that in mind, I figured it was a half-way decent idea to take a look at some of the great state of Texas craft beer that I enjoyed.

Could it just be me? Hell yes. But thanks to my recent trip to Texas I’m now a little more up to date and happy to say that the state of craft beer in Texas is good. Damn good.

In Texas, It Is Shiner!

I cannot talk about craft beer and Texas without talking about Shiner. I’ve loved Shiner Bock since before I knew anything about craft beer (this was not my first trip to Texas, FYI). I didn’t even know for sure it was craft because I had no idea who made it.

Well, Shiner Bock and Shiner, in general, is going great and they’re making more and different beers in step with the popularity of craft beer nationwide. 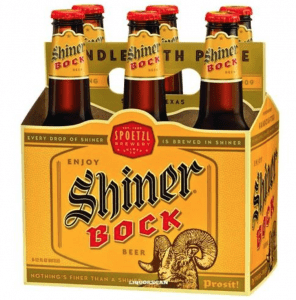 Shiner Bock is still the flagship beer of the Spoetzl Brewery which has been located in Shiner, TX since 1909. Every single drop of Shiner beer has been made there since the very beginning. By the way, 1909 is the year they struck water in the town of Shiner and Shiner beer is still brewed using water from that artesian well.

Shiner Bock started as a seasonal beer and since the early 1970’s it has been available year round. I love drinking this award-winning dark malty beer. It is, like most all Shiner beers, based on old world style beer types.

Shiner has recently introduced their Premium Beer. Holy crap is this blonde golden lager both refreshing and delicious. It is based upon their original recipe from 1909.

Wicked Ram is the IPA offered by Shiner. Crazy thing is that I’m a major hop head and I didn’t even taste a Wicked Ram…this time around. Next month, look out!

I’ve focused on Shiner because I’m most familiar with it and I like their beers, their independence, and their attitude. But there are plenty of other worthy Texas craft beers. Karbach, St. Andrew, Back Pew, Rahr, Deep Ellum, Adelbert’s and more.

I enjoyed Satyr’s Swill which is a bock-style beer put out by Back Pew in Porter, TX. The brew is tasty and their labeling proves they have a great sense of humor.

Ugly Pug is a black lager concocted by Rahr & Sons Brewing in Ft. Worth. It is sweet, smoky, malty, and roasty. I’m a fan of this easy drinking beer.

Looking forward to my trip next month so I can dive further into tasting and writing about the state of Texas craft beer.