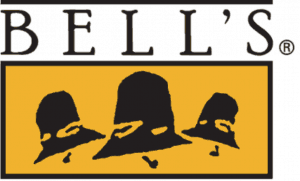 I’m trying out a new feature, if you will, on The Craft Joint this week. I’m calling it, maybe a tad generically, Craft Brewery Spotlight. On a completely irregular basis, I’m going to focus on a true craft brewery and their beers. This means I’ll shine the virtual spotlight on Independent Craft breweries. Independent craft breweries are brewers of craft beer do not have over 25% non-craft brewer ownership. This is the Brewer’s Association definition and I’ll go with that since they are the primary industry group for craft beer. So much for laying out parameters. Done. Next.

I know what you’re thinking, “Hey man, you’ve been doing that with your whole, ongoing, thing talking about Yuengling”. True to an extent. That turned into a multi-part history which is still happening. The Craft Brewery Spotlight here on Things Men Buy will be a single installment focus on a different brewery each time. Not sure what the hell it will morph into…guess we’ll figure that out together.

The first brewer to be put in the spotlight is that longtime Michigan craft stalwart, Bell’s Brewery. Not only has Bell’s owner Larry Bell been pioneering craft beer since 1985 (under the Kalamazoo Brewing Company moniker at that time) when he notably used a 15 gallon soup pot to brew his first craft beer that was commercially available, but he continues to be true to being an independent brewer and continues to innovate.

I think it was cool that Bell’s was the first Michigan brewery to open a pub on the premises. That was back in 1993 and they called it the Eccentric Cafe.

Bell’s is not available nationwide, but they’re getting there. They currently distribute their delicious craft beers to 32 states! Not too shabby.

One of their beers I liked from the very first time I drank one, more than one actually, was their Two

Hearted Ale. The name comes from a river in the Upper Peninsula (UP) of Michigan. It is a great example of an American-style IPA using only Centennial hops. This is one balanced, super drinkable craft beer with a slight punch to it at 7% ABV. Bell’s Two Hearted is available year round.

Since I’m a hop head, I have to tout the balls out goodness of Hopslam. The annual release date of this mega-hop bomb is eagerly anticipated by anyone who’s ever poured this liquid heaven down their 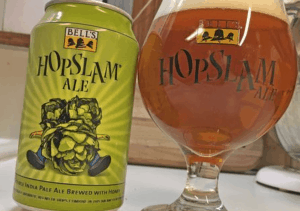 throat. Bell’s Hopslam is a double IPA boasting a 10% ABV and is brewed using 6 different varieties of hops. What’s surprising is that through the massive hop infusion malt still takes a swing and hits your taste buds just right. These brewers know what the hell they are doing!

If you are more prone to dark beers or just want a change-up from all the hop love, knock back a Bell’s Porter. Inbetween a brown ale and a stout, their award-winning Porter gives you a mouthful of roasted barley, coffee, and chocolate. What’s surprising is that a hint of hops somehow makes its way through and does a little dance on your taste buds. Okay, I couldn’t completely abandon my hops. You’re looking at 5.5% ABV with this porter and it is available year round.

Bell’s offers a shit ton of great beers of many varieties available year round and they have seasonals too. Lager of the Lakes, Third Coast Beer, Larry’s Latest, Oberon, and more are part of the Bell’s Brewery lineup. Do yourself a favor and pick some up the next chance you get.

The Craft Joint at Things Men Buy is out. Cheers.