The United States of Craft Beer-Part 2 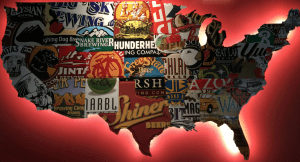 Alright craft beer freaks, it is time to continue with the second part of my look at taste bud tingling independently brewed beers here in these United States. If you were here last time and paying attention through that alcohol-induced haze, I hit on some states that are famous (infamous?) for the buzz-inducing suds that we like to slurp, admire, argue about and more. On to more craft breweries in the USA.

I left off moving up through the west coast states. I finished with Oregon. Man, could I stay there for years and literally soak up all the beers brewed in that state-so we better be moving north. 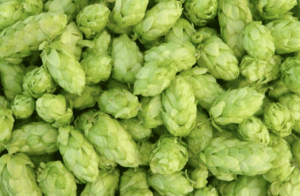 Being the unrepentant hop head that I am, I have to bow down at the Washington state line and give seriously insane thanks to the state that provides us with more hops in this country than any other. Damn tootin’ I’m talking about the hop heaven known as the state of Washington. Without a doubt, more hops for our massively flavorful craft beers are grown there. Period. Hell, Yakima Valley has cornered the hop market. They grow about 75% of all the hops in the country.

Washington still has plenty of great independent craft breweries. You may be pissed off, like I am a little, that Elysian sold out to InBev. And Red Hook’s parent company did too. But screw ‘em. There’s plenty of outstanding independent breweries in the state.

Cloudburst is a bit of a dive, by craft brew standards, brewery that produces some ass kicking beers. Steve Luke used to work at Elysian, but quickly hit the road when they were bought out. He’s a hop maniac brewing IPAs and a whole lot more. When in Seattle, check it out. Don’t be a dumbass, just do it!

Another Seattle mainstay is Fremont Brewing. Their Lush IPA is available all year. They have a bunch of seasonals too. I suggest jumping into their Imperial Series, especially Dark Star which is an Imperial Oatmeal Stout. If you want to go for the gusto, latch onto some of their barrel aged offerings.

Fish Brewing in Olympia has been putting out superior craft since the mid-90’s or earlier. They are the outfit that makes Beyond the Pale which is the pale ale which was voted the World’s Best Beer at the World Beer Awards in 2015! If that doesn’t get your attention, ya gotta be dead, sober, or worse.

I’ve spent some time in Pennsylvania. So let’s hit some PA craft breweries.

Yuengling is the Oldest

Of course, I have to mention America’s Oldest Brewery and it is still a family-owned brewery. A craft beer brewery. A big one, but still craft. Their flagship Traditional Lager is so popular in PA and elsewhere that you can go into bars and simply say, “I’ll take a Lager” and they know exactly what you want. I’m a big fan of their more potent Lord Chesterfield Ale. If you get a chance try their Porter and their Black and Tan. All real good daily drinking beers.

Each year Yuengling has been expanding their distribution and their following. They can be found in over 20 states now. The farthest west Yuengling can be bought is in Arkansas as of this writing. 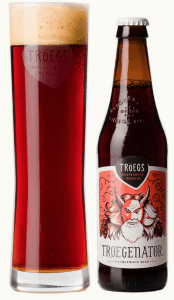 A favorite independent craft brewery in Pennsylvania is Tröegs. They started in Harrisburg and then had growing pains and moved to nearby Hershey. They offer a Cherry Chocolate Stout that will make you smile with every sip. Another not to miss brew is their Troegenator Double Bock. Troegenator is a thing of beauty to look at and to drink.

Two brothers, John and Chris Trogner, started things back in 1996 and they still own it. That gets my vote for sure. They had a beer dream, they made it happen and they keep dreaming. Oh, they keep making a wide variety of great tasting beers too! That’s what it’s all about!

Another wrap here at The Craft Joint. While you’re here, look around the Things Men Buy website and buy some goodies. There’s really a lot of top-notch stuff that us guys just love. Sure, I’m plugging this site and damn proud to do it. Now get the hell out of here and go look around. Spend some money. See ya next time.