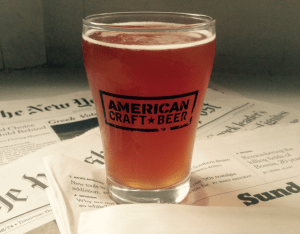 It’s a warm day as I’ve been cruising across the Midwest with thoughts of quality locally brewed beer dancing in my brain. For this installment of The Craft Joint, I’m going to bring you some Craft Beer Industry News that’s come across my radar. Read on for a mixed bag of information and my personal views about my favorite buzz-inducing adult beverage.

The best thing to come out of the recent tax cut bill is a break for the craft beer industry in the form of the Craft Beverage Modernization and Tax Reform Act. The little guys, for a change, get the biggest benefits from this bill.

This bi-partisan bill was sponsored by Sen. Ron Wyden (D) from Oregon. Craft brewers and drinkers should collectively raise their glasses in celebration!

With good news comes not so good news depending on your position. Sacramento, CA has a craft beer scene that’s been busting out big time. Well, Big Beer has noticed and wants in on the action. A-B InBev is invading by opening a location of Golden Road in California’s capital. Golden Road started as a craft brewery in Los Angeles but was bought out by A-B InBev in 2015.

The good news is that when Golden Road was bought out, A-B InBev said they were keeping all the employees. I have to applaud that action.

On the other side of the coin, this is a continuation of A-B InBev flexing their considerable multi-national corporation muscle to increase market share overall and reach into already successful craft beer markets. They have shown by past actions that they intend to put the squeeze on the little independent brewers.

Regardless of anything A-B InBev does, the craft beer scene in Sacramento will see continued growth. Sacramento has added 50 craft breweries since 2009. Nine more are planned. 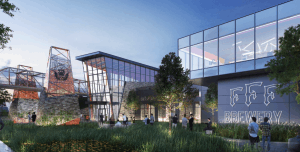 In the Midwest, Three Floyds Brewing has an ambitious expansion planned. Are they doubling in size? Hell no! They are working on tripling their Munster, IN operation. They are talking an expanded brewery with top line German brewing equipment, more office space, a bigger brewpub, a lot more parking, and a huge outdoor dining area.

This modern glass-walled expansion is expecting approval in March and is slated to be completed in late 2019 or early 2020.

Congratulations to the ambition of Three Floyd’s Chicago native Nick Floyd who started the brewery back in 1996.

That wraps up your craft news flashes this time around. Stay tuned for more great craft beer industry news, views, and general beer badassness from The Craft Joint here at Things Men Buy.