The Craft Battle Against Big Beer 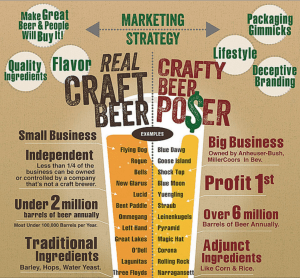 Beer is war. Whether you like it or not. Whether you say you care or not. There is a war going on and if you are a fan of and a drinker of beer with flavor, I’m talking independent craft beer, then you cannot avoid this battle against big beer. It has been, is, and will continue to affect you no matter how much you try to hide inside your beer glass. It is craft beer taking on big company beers. The lines have been drawn.

In case you have any doubt about where The Craft Joint stands…read on.

Fight Back Against the Big Beer Attack

Independent craft beer, breweries, and drinkers are under attack. The multi-national beer conglomerates are and have been leading the attack. They are also betting that enough of us craft beer drinkers won’t put out the effort, won’t care enough to fight back. They want us to give up and do whatever they want us to do.

There are some rumblings from craft beer drinkers who are trying to stay on the sidelines, who say they don’t care about “politics” or about “business” and that they just want to drink beer that tastes good. As close as I can figure, these rumblings are coming from people who are kind of new to craft beer, who have not yet taken much time to find out what craft beer is all about, or who feel insecure or “put upon” to have to figure out what is going on in the craft versus big beer battle.

I understand their point of view. I certainly don’t agree with it and since I believe knowledge is power, I believe that if they knew how big beer was trying to manipulate and take advantage of them that they would be righteously pissed off.

Make no mistake about it, the big beer companies are doing their damnedest to confuse you and use their deep pockets to get you to do and believe what they want you to believe.

A few years back the Budweiser company and the Miller company were merging to become one giant company. The giants were targeting the small beers and beer companies because they were growing and the big beer brands were not. Big beer was feeling threatened by independent craft breweries.

They began using their almost limitless resources to fool and confuse beer drinkers. They put out fake craft beers like Blue Moon and Shock Top. They purposefully hid that these beers and others were their products. They wanted you to believe they were craft beers made by little breweries. 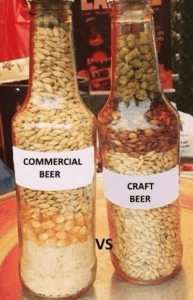 The big outfits like AB InBev and SABMiller cheapen their beers by adding rice and corn. This reduces the expense because they don’t have to use as much of the high quality, traditional ingredients used to make tasty true craft beer. I certainly don’t want to be drinking substandard beer packed with fillers.

Fortunately for us, the Justice Department stepped in and put a stop to that corrupt practice. Something about violating antitrust regulations. Hmmmmm…

Big beer is buying up craft breweries. This is not some willy-nilly action. They are strategically going after craft breweries because they want to make it extremely difficult for small independent brewers to succeed in the marketplace.

This is killing your freedom of choice. 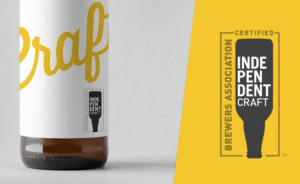