What are the Adult Beverages People Drink in Costa Rica? 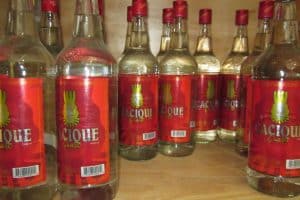 So, what are the adult beverages people drink in Costa Rica?

There are three which are local and well-known Costa Rican alcoholic drinks.  The national beer is called Imperial, and the national drink is called Cacique-Guaro.

Cacique Guaro is known as the “Costa Rica liquer”.  It is drunk all over Latin America, but originates from Costa Rica.

Cacique (as it is known) is a distilled spirit that is made of sugar cane. It has been made by FANAL since 1853 and it is the most popular distilled liquer in Costa Rica.  You can drink the 30% and 60 proof which is the regular Cacique or instead sample the Superior Cacique which is 35% and 70 proof.

A well-known drink among locals in Costa Rica.  Here is a recipe courtesy of The Costa Rica Star.

1 large bowl for mixing the beverage properly, with a lip that allows pouring into glasses

Get a bowl and add the entire bottle of Cacique Guaro to it
Then massage and squeeze the limes, add all of the lime juice to the bowl
Dump in the bottle of hot sauce, all of it
Gently stir the bowl until all of the ingredients go together and it looks bloody red color (yum!)

*Now you can enjoy them in shot format, using normal or large sized shot glasses. This drink recipe sounds insane, and it does take some getting used too, but after awhile it may very well become your favorite drink recipe from Costa Rica! 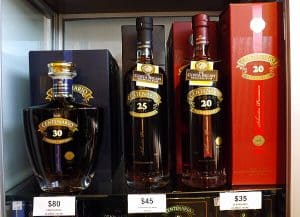 This rum is made in Costa Rica and is a perfect rum for sipping.  You can buy differently aged Ron Centenario and it is perfect if you don’t want to spend mega bucks, but want to enjoy your beverage.

Ron Centenario is not owned by a global company, so can be hard to find outside of Costa Rica, in fact it’s a well-kept secret of good quality rum at a great price! 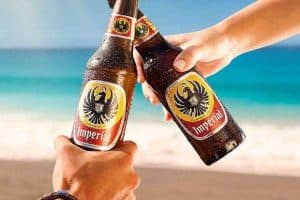 The Florida Ice & Farm Co (FIFCO) is based in Costa Rica and it produces most of the local beers.

FIFCO have experimented with ice brewing, which generally increases alcoholic content of beer, without necessarily increasing price.  In fact, they seem to have a monopoly of all the local Costa Rican Beer, they not only brew Imperial Beer, but they also have Imperial Light, Imperial Silver, Pilsen and Bavaria for you to sample.

Have a look at Matt’s beer tasting in Costa Rica here, it makes interesting reading!

You might want to consider Costa Rica as the perfect place for a bachelor party, we have a great review here.

Or if you don’t have an upcoming bachelor party, why not organise a guy’s getaway to Costa Rica instead?