More of the Yuengling Brewery’s History 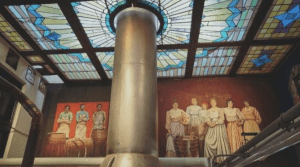 A trippy looking part of Yuengling’s brewery in Pottsville, PA

Finally, I’m back to talking about America’s Oldest Brewery after all the holiday craziness. To catch up, in previous The Craft Joint columns I’ve written about the history of the Yuengling Brewery of Pottsville, PA. Time to continue that now.

In 1960, Ray Norbert became the brewmaster of Yuengling. This man was dedicated because he held that position for 40 years!

Speaking of dedication, the name Frank D. Yuengling must also stand out. In 1963, Frank D. passed away. He was 86 years old. That means he helmed the brewery for all of 64 years! That is remarkable. He was the President and the Chairman of the Board so he managed Yuengling for all those years!

Honored as the Oldest

Zipping along to 1976, Yuengling is honored to be named on National and State registers as America’s Oldest Brewery. That designation is a great source of pride for this family-owned beer business.

A few years later, the brewery celebrated its 150th Anniversary back in 1979.

Time for change again in 1985. That was the year that Richard L. “Dick” Yuengling, Jr. bought the company from his Dad and became the President. He still holds that position today. This shows the continuing tradition of how the brewery passes from one family member to another. It is always a purchase. 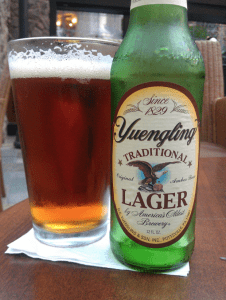 Dick wasted no time in making a change. In 1987 he decided to reintroduce Yuengling Traditional Amber Lager. This craft beer is affectionately known as “The Lager” to its many fans. This was a solid move by Dick as this is the beer that has become Yuengling’s flagship brew.

Yuengling’s popularity experienced massive growth in the ensuing years. By 1996 demand for Yuengling’s tasty beers was exceeding the capacity of the brewery. They decided to scale back their distribution area. Yeah, can you believe it, they pulled out of all markets that were outside of their local area. They wanted to make sure their home area drinkers could always get what they wanted. That shows dedication and loyalty to my way of thinking.

Still, they knew they needed to be able to brew more beer. So what did Dick decide to do? He decided, in 1998, it was time to build a second brewery! Where at? At home base of course. A site at Mill Creek only 3 miles from the existing brewery was selected to be the location of Yuengling’s second brewery.

Yuengling of the South

Things are happening fast for Yuengling. Demand is greater than it ever was. Beer fans from all over want to buy and drink delicious Yuengling beers. Time to 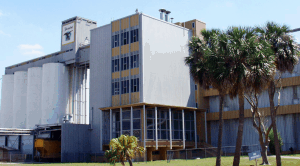 invest in the brewing company again. In early 1999, Yuengling buys the old Stroh’s brewery in Tampa, Florida. By summer, Yuengling is being brewed in Florida!

Yuengling spread like wildfire throughout Florida. I doubt that there are any bars, stores, or any decent places that serve beer in Florida that do not carry Yuengling.

That’s a wrap for this episode. I’m heading out of town for a few. Lucky for me, I’ll be heading into Yuengling territory. See ya when I get back. Cheers.