Who is Deebo From Friday in Real Life 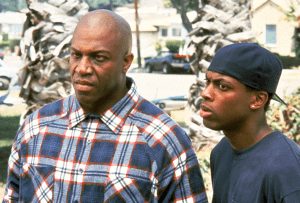 Ever wonder who is Deebo from Friday in real life? First, do you remember the movie Friday? It starred Ice Cube and Chris Tucker. It was the very first time that Chris Tucker starred in a movie. The film was set in South Central Los Angeles. The action centered around two stoned dudes, Cube and Tucker. It covers most of a crazy day of their life in the hood, including dealings with Deebo. He’s the neighborhood bully and is a real jerk. A lot of people wonder who played that character, so I’ll fill you in on this bit of movie nostalgia.

In Friday, Deebo had some very memorable scenes and lines. If you’re really into it and movie nostalgia, you can find a wicked cool shirt commemorating this great, despicable character here at the Deebo T-Shirt Page.

Here’s Who is Deebo From Friday in Real Life 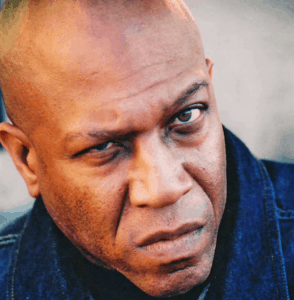 Tom Lister, Jr. is the character actor that portrayed Deebo in both the first Friday movie and the sequel Next Friday. He has also gone by “Tommy”. I most often saw him billed as Tiny Lister, Jr. in movies and TV shows. I think Tiny is a pretty funny name for a guy who is 6’5” and weighs 300 pounds! Obviously a tongue in cheek reference, for sure.

Lister is originally from Pine Bluff, Arkansas according to his Wikipedia page. His family moved to LA. By focusing on his interest in religion and film, he avoided the gang life.

In college, Tiny had success as a shot putter which earned him a scholarship to California State University at Los Angeles. In his senior year, he won the national title with a shot put throw of just over 61 feet and 8 inches! This was an NCAA Division II title for him back in 1982.

After college, he had a successful tryout with the Breakers of the United States Football League team in New Orleans. He was cut after a couple of exhibition games and turned his focus to acting.

Deebo has to be Mr. Lister’s most popular and memorable character so far. It is not, however, his only role. He has been in many films and television programs.

Tiny Lister, Jr. has even had a small roll in a The Dark Knight Batman movie and was in the Quentin Tarantino movie, Jackie Brown.

You can find out more about his acting career on his IMDb page. 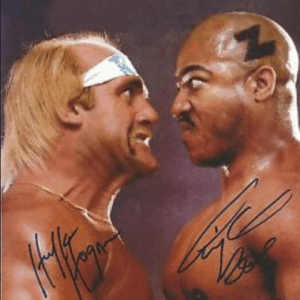 Tiny’s professional wrestling career came about because of his acting career! He appeared in the 1989 movie No Holds Barred with Hulk Hogan. Lister played the Zeus character. No Holds Barred was a WWF financed movie, so in typical entertainment wrestling hype they spilled movie rivalry over into “real life” rivalry and Lister had another career as a wrestler.

He stayed active in the WWF and the WCW until 1996.

Anything Else About Deebo from Friday?

Tiny Lister, Jr. continues to have a busy career as a character actor. Both his size, his talent and his blind right eye, which he used to be embarrassed about, make him hard to miss on the big or little screen.

As a “born again” evangelical Christian, he is active in church-related events around the country. Speaking to urban youth is a passion of his.

Back in 2012, he took a wrong turn and was involved in a multi-million dollar mortgage loan scheme. Tiny managed to clear that up.

He will be seen on screen in multiple productions to be released throughout 2018 and 2019.

And that, my thingsmenbuy.com friends, is who Deebo is in real life. Nostalgia time is now over.