As a preface to this article, we might as well let the master himself say what we’re all thinking about this drink:

With that out of the way (honestly, I can’t hear the word scotch without thinking of Will Ferrell as Ron Burgundy), let’s get into what scotch is. While there are many that love it, there are some who stick to their rum or vodka and don’t know what they’re missing out on

We talk about scotch in another page on this site where we feature the most expensive scotches sold at auction ever. It’s worth a read if you’re a big scotch lover. For almost all of us, those bottles are unattainable but cool to read about.

Down to its most basic definition, scotch is a specific type of whisky that has origins in Scotland, hence the name. There are more distilleries of whisky in that country than any other in the world. That fact is made more impressive when you consider the size of Scotland compared to other industrious countries, but it’s no secret that they are fans of adult beverages over there.

The roots of scotch whisky are so deep there that the word comes from the Gaelic word “usquebaugh”, which translates to “water of life”.

As a side note – through this article, I’ll use the Scottish spelling of “whisky”, as opposed to the Americanized “whiskey”, considering we’re talking about scotch which comes from Scotland.

As mentioned above, scotch is a type of whisky. There are a number of requirements that must be met for it to be considered a scotch, but the main thing is that it comes from Scotland. It’s pretty similar to how Port wines from Portugal and tequila comes Mexico.

Here are some of the other requirements to attain this definition: 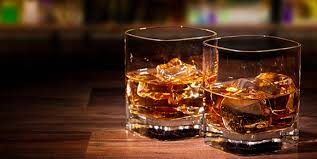 How Scotch is Made

Scotch whisky is basically made up of water, malted barley and yeast. It is kind of like beer in that sense, where whisky is an alcohol that is made of grain. Consider it a bit like a distilled beer, if you will. Aside from malted barley, other cereal grains such as corn can be added, provided they are not malted.

Making scotch is a five step process that starts with malting, whereby the barley is soaked in water tanks for two to three days. They then spread this over a concrete floor to germinate for another eight to twelve days. It’s then dried in a malt kiln for about thirty hours to stop the germination.

After that comes the mashing, where it is sent to malt mill and ground down into a mixture called grist. They add hot water to this and stir it, then drain the solids out so just a sugary liquid remains, which is called wort. It’s during the mashing that the malted barley is converted into sugar, which is then converted into alcohol in the following step of the process.

Click here to pick up some scotch at Drizly.com with our coupon code!

Next comes fermentation, whereby the bacteria (yeast) changes the sugars into acids, alcohols and gases. This is where the actual alcohol is produced. After putting the wort into a large vat, yeast is added which attacks the sugar and makes a crude alcohol. This process takes around two days, and produces a “wash” which is a low alcohol liquid.

This is then distilled in a copper pot still where it is heated. Vapor is created which is collected and then cooled so it condenses into a liquid state again. They usually do this process twice, once in a large wash still and then again in a smaller spirit still.

Lastly comes the maturation. You can guess what happens here – they let it sit. As mentioned above, scotch needs to mature for at least three years in oak casks. During this process, approximately 1-2% of the liquid evaporates every year. This portion is called the “angel’s share” and is a part of the reason why older bottles tend to be more expensive.

Considering everything that goes into the process and how long it takes, it’s no wonder why scotch is referred to as such a fine, gentleman’s drink that is to be appreciated. There are many different kinds of scotch beyond just this basic process, which we’ll cover in another article, but this should be a good primer on this manly drink.