If you’re a fan of whisky, you know that the top prize to have among all the bottles of adult beverages in your liquor cabinet is a fine scotch.

While for some it’s just something nice to have in your collection and any scotch will do, for others obtaining a prized, expensive bottle of scotch is what they are seeking. Just like how you can buy watches at any price level – from a basic Casio to something the price of a car like a nice Rolex – there are some scotches that are priced at outrageous amounts.

Why is this? Because scotch will never go out of style, it’s a classic man’s drink, and with ever increasing demand the producers have been able to drive up their prices to never before seen levels.

While the whisky listed below won’t fit in everyone’s (or anyone’s, in most cases) budget, it’s fun to take a look at what are the priciest bottles in this manly category. For the connoisseurs out there, here are the holy grails for your liquor cabinet that will be sure to impress the educated eye.

These are the big three, the highest prices ever obtained at public auction for a bottle of scotch. It can be predicted that these are sold at even higher prices on the shadow markets.

This bottle formerly held the world record at $160,000 sale at auction. If you are a bit of a linguist, you might notice the use of “Trinita” in it’s name and can deduce that only three bottles of this were ever made. That kind of rarity will surely drive up the price. 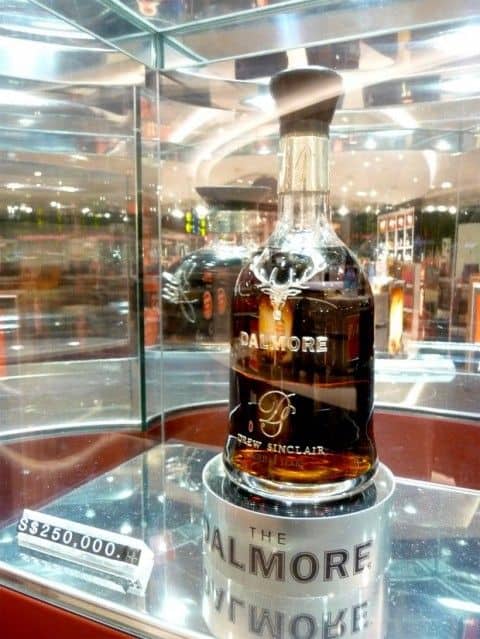 This scotch was made from the final contents of a barrel from the Dalmore 62, its precursor at this producer. After blending it with a 1940’s vintage scotch, this beauty was made.

The Dalmore 64 sold at auction in 2010 and holds the distinction of being the first to sell for six figures. It also included a drawing where one lucky attendee got to sample the batch. That’s one expensive sample!

Macallan wowed everyone at auction with this bottle that sold for $460,000 in 2010, at which it was considered a “bargain” if you can believe it! Selling after the aforementioned Dalmore 64, this bottle held the world record for most expensive at the time.

This comes in a floral patterned carved-glass decanter unlike any bottle you’ve seen before, it looks like it came out of the Victorian era or something. Take a look at it below. 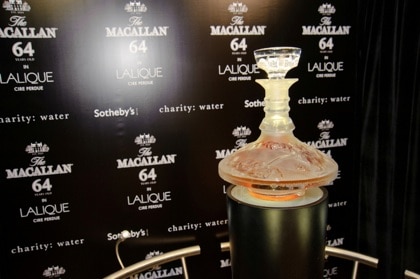 It is a single-malt that has been matured (which is the reason for the “M”) for more than 70 years. For reference, any of the “fine” scotch you’re sipping on is most likely aged 25 years. With an age of 70 years, this is a rare bottle and is certainly being enjoyed by whoever the lucky (and obviously wealthy) purchaser is. 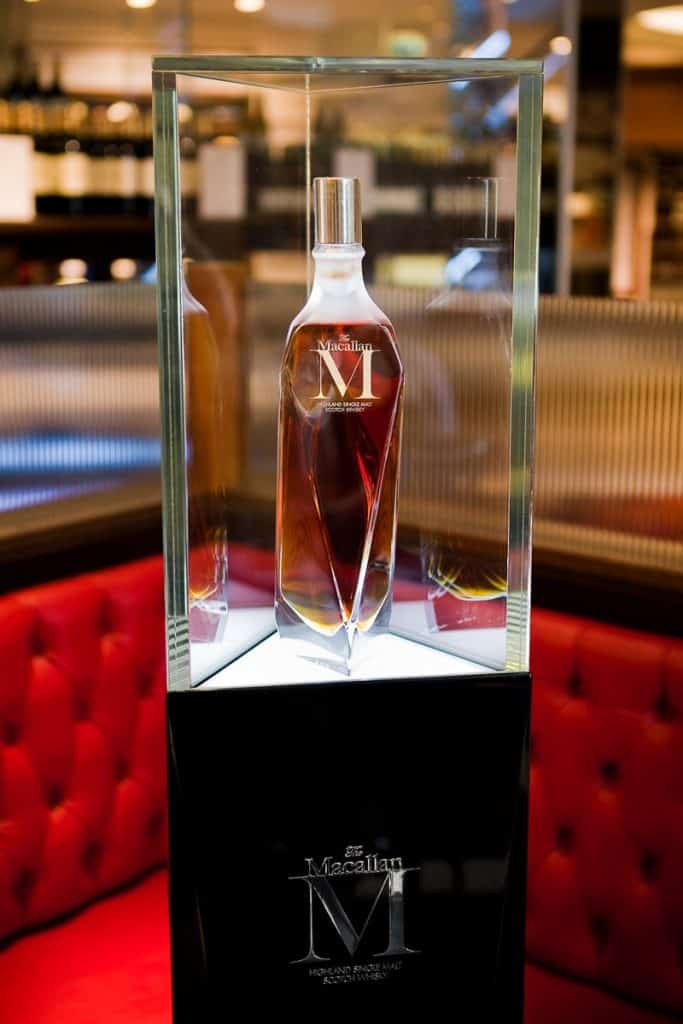 Now that you’ve read about the top three, a question for you – if you had the means, would you buy something like this? Or would you spend it on something more lasting?