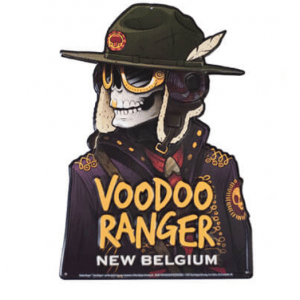 Summertime is water time in my world. Nothing better than chilling and getting splashy. Ponds, lakes, streams, rivers, and pools are all fair game when it comes to wet and wild summer fun. Add craft beer and it is even better. That’s how it turned out for a recent backyard Voodoo Ranger Pool Party.

All Set for Beer Drinking

My girlfriend is all about summer and all about her yard. She has put together a backyard pool paradise that adds exponentially to the good time to be had when the weather permits. Sorry, no pics of my girl. She’s all mine. 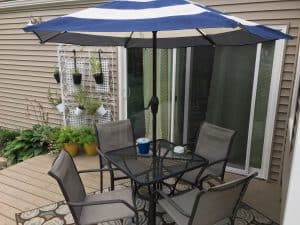 She has a pool. She has a sweet deck between her house and the pool. That deck leads to another deck that runs along part of the side of the pool. Naturally, there is a grill and the requisite metal patio chairs and table. How about an umbrella for the table? Damn skippy. She has that too.

A bud of hers from work was coming over so I zipped over and stocked up the alky haul. What she wanted and what I wanted. What I wanted was craft-brewed beer and Voodoo Ranger from Colorado’s New Belgium Brewing fit the bill.

We were already having some splashy, drinky fun in the pool when Hess made it over. As expected, he was toting some craft. As it so happened, he had an arm full of Voodoo Ranger also. But it was not the straight up Voodoo that I was working on.

Hess brought over some Juicy Haze. Which, I have to admit, gave me mixed feelings. Not because I had not tried the Juicy Haze yet, I was all game for that. Mixed because it sounded refreshing, but it also sounded too fruity for my beer pallet.

I’m playing a bit of catch up. New Belgium has greatly expanded their Voodoo Ranger Line to 6. Hell, they’ve been cranking out all kinds of new beers. Which means that I have a shit ton of more craft beer drinking to do! Pity, eh?

Anyway, Hess brings the Juicy Haze IPA and we start working on having less beer while bullshitting and splashy around in the pool like city kids around a blasting fire hydrant.

I grill brats and hot sausages along with corn on the cob. We had fun and feasted. Hey, if you love grilling like I do then check this out from the Grill Masters Club! 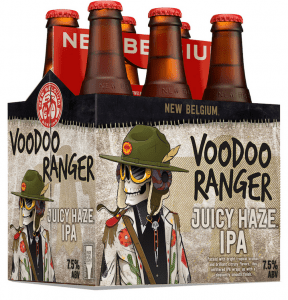 The Juicy Haze, you wonder? Good stuff. I surprised myself by liking it. It is fruity, but in a more citrusy way and more so on the nose than on the taste buds. The bitterness comes through like I expect it should with a strong IPA. The strong I’m referring to is the 7.5% ABV of this sort of pale orange-ish brew.

Overall, I found New Belgium’s Voodoo Ranger Juicy Haze IPA to be an enjoyable, easy drinking, medium body ale that I would drink just about anytime.