The History of Hugo Boss Clothing

Hugo Boss is a brand I first remember from way too many years ago. I always thought the suits they made 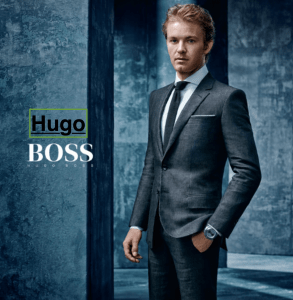 looked pretty damn badass. They had a classy, stylish and distinct look to them. I thought it would be interesting to take a look at the history of Hugo Boss clothing. There are definitely some surprises in their history.

When the 21st century rolled around, the company Hugo Boss AG was huge. They were the biggest company putting out clothes men wear in all of Germany. They were a dominating force with licensing deals and distributing designer clothes for men.

The Beginning of the History of Hugo Boss Clothing

Hugo Boss was the founder. He started his clothing company in a town in southern Germany near Stuttgart called Metzingen. Hugo didn’t start making stylish suits. Far from it. The company first produced clothes for working folks. They made things like uniforms, overalls, and raincoats.

Next up the company had some very questionable, to say the least, business and practices. They did business with the Nazis. Starting in 1933, they made uniforms for the Nazis. They made Hitler Youth uniforms and for the entire unified Nazi armed forces known as the Wehrmacht. A specific problem was that Boss used forced laborers. He obtained forced workers from both Poland and France for his factory to increase the output. Many years later, the company issued an apology when these terrible practices were brought to light.

Hugo Boss died in 1948. After his death, the factory he started went back to making uniforms. Uniforms for civilians that is including police and postal workers.

It wasn’t until 1953 that the Hugo Boss company made their first suits for men.

Changes in Ownership and Management 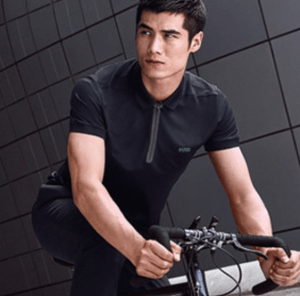 Throughout the ensuing years, there were changes in company management and ownership. In the early 70’s, the grandchildren of Hugo Boss took over the manufacture of work clothes. His grandchildren, Jochen and Uwe Holy, had more in mind. They decided to get into the fashion business. They focused on manufacturing fashionable men’s suits and also sportswear. It was in the following years that Hugo’s grandchildren shaped the company into one known for producing stylish suits, fashionable menswear, and chic formal wear. Because of these efforts, Hugo Boss became a brand identity firmly associated with quality menswear. They were the first German company to do so.

Reboot the Brand and Relaunch

Goodbye to the Hugo Boss family…

In 1985, the company went public while the Hugo Boss brand, especially their suits, became associated with young professionals.

Eventually, the Hugo Boss family ceased to control the company. Starting in, and ever since 1993, Mazzotto S.p.A. in Valdagno, Italy, has held a controlling interest in Hugo Boss AG. Under their control, the company has been operating in more than ninety countries with a product-wide range that includes eyewear, cosmetics, fragrances, hosiery, watches, shoes and more.

Thanks to Mazzotto, Hugo Boss AG has used a three-brand strategy for their menswear. They market under 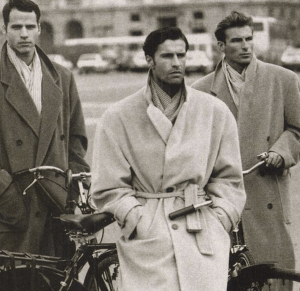 the Hugo, Boss Hugo Boss, and Baldessarini labels. Boss Man is considered the core brand of the company and it has three subsidiary labels which are Black Label for both business and leisure wear, the Orange Label covers urban sportswear and their Green Label is for outdoor activewear.

The Hugo brand is for their avant-garde collection. This is specifically designed for both business and leisure. Noteworthy is that unconventional details are mixed with new style materials.

The Baldessarini brand is their top line sophisticated label. This brand showcases the finest Italian fabrics and hand stitching.

There have been missteps in the company history. Back in 1987, they attempted to start a clothing line for women. It failed…back then. Eventually, though, they hit pay dirt with a brand called Boss Woman. They targeted upscale businesswomen with sophisticated tastes which resulted in success.

Hugo Boss is a brand that continues to thrive. Their designs have been called functional yet dynamic. They pay great attention to details and are known for clean lines.

It looks, to me, that the Hugo Boss brand will continue far into the future. Just like thingsmenbuy.com.