One of the first cassettes I ever bought was the single for “Dre Day” by Dr. Dre featuring Snoop Dogg. (My brother has a platinum album from Snoop.  Check it out!)  I was like 9 years old, went to the mall with my family and when we stopped in to Sam Goody my brother was like “Dave, you should get this.”

I didn’t really know who he was nor heard the song before, but of course we convinced our parents to get it for us. We popped it in the cassette player of our family minivan on the way home and I can still remember cackling in the backseat as they sang “bow wow wow, yippie yo yippie yay, Death Row’s in the muthafuckin’ house!” That put an end to listening to that in the car again.

Anyway, I still love Dre and when I listen to him it’s still stuff from The Chronic era. That’s how I’ll always remember him. So I was shocked when I came across some photos of him lately and hardly recognized the Dre I knew from before. He is buff now! I tried to find a photo of Dr. Dre shirtless, but below is best I could do. 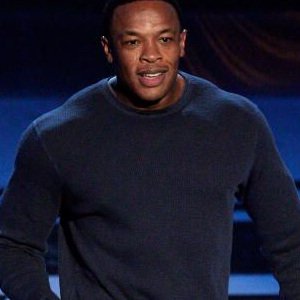 Dr. Dre buff! It doesn’t even look like the same person. He was never really overweight or skinny, just kind of looked like a normal build in the past, but he is massive now. His changed physique has a lot of internet commenters speculating that he is using unnatural means to get to that size. Dr. Dre steroids? I don’t know. With all the money he has made with Beats by Dre in the past years, plus all of the rapping and producing he’s done for decades, he can certainly afford to put some time in the gym with a top personal trainer and get the body you see above.

What do you think? Is Dr. Dre on steroids or just a gym rat?  Perhaps he’s just using good supplementation and staying focused with focus pills?