What is the Best Motivational Movie? 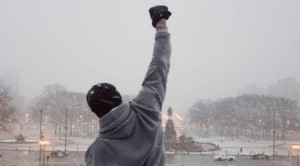 Do you need some inspiration? I often find some from songs, books and mostly movies. What is the best motivational movie for getting you off the couch and doing those things that you want to but just need a bit of outside help?

My best motivational movie is probably gonna differ from yours, but hopefully, within some of my top picks, you’ll be able to find one that gives you that feeling of ‘going for it’. As Nike would say, ‘Just Do It’.

Are These The Top Ten Best Motivational Movies?

While I agree with some of them being in there and (Spoiler Alert) the #1 is Pay It Forward, which is an awesome pick, some of the ‘Honorable Mentions’ are too good to not be in the Top Ten.

One of my personal favorites is Coach Carter, especially the speech by one of the team at the end – the same words were used by Nelson Mandela in his inauguration speech in 1994. (The actual words were written by Marianne Williamson). This is one of those YouTube clips that I will often play when I need a bit of extra help to keep aiming for what I want.

Yeah, yeah, I admit it – I had to watch it again while I was putting it up on here and the goose bumps went into overdrive! I just love that speech, there it is, nailed it, that’s my dose of inspiration for the day!

Are There Any ‘Better’ Motivational Movies since 2014?

So far, the Best Motivational Movies are all from 2014 or earlier. Are there any since then that are worth a mention? Let’s take a look, La La Land might be in with a shout if you like the Hollywood Musical type of movie, as is Eddie the Eagle – an inspiring true story of a plumber who qualified to ski jump in the Winter Olympics. 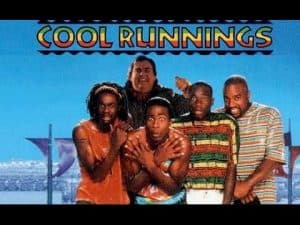 But, for me, there seem to be more excellent motivational movies from a few years back.  Talking of the Winter Olympics, I love Cool Runnings – based on a true story about the Jamaican bobsled team, this movie includes a brilliant performance by John Candy, who sadly is no longer with us. Carrying on with the sporting theme, there is also Field of Dreams (starring Kevin Costner) about a baseball field containing that classic quote: “If you build it, they will come”.

I can’t end this discussion without mentioning Shawshank Redemption, a complete classic which is a great motivational movie too (I mean, all that patience it took to excavate the tunnel, you have to hand it to the guy!)

As my parting shot, I’m gonna go totally out on a limb and say that I really dislike what is supposed to be a super motivational movie, It’s a Wonderful Life – slow, boring and dull! There, I said it, thanks for reading it – I feel much better now!