Best Microbrews and Breweries in Illinois 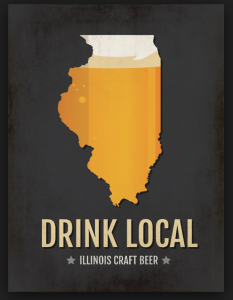 I’m going to start listing some microbrews state by state in this and subsequent editions of The Craft Joint. My idea is to mention some of the better microbrews and microbreweries. You can find an overview of sorts of craft beer states, beers and breweries starting here. My listings will be in no particular order nor will they be comprehensive. I’m going to start with the best microbrews in Illinois. Illinois is my home state so I figured why not. Since I’m not going to list every single craft beer produced by every single producer because there are so many, your personal favorites may be missing. No offense intended. Just go with the flow and keep drinking beer with flavor!

Look for a couple or so brewers from each state that I cover. I most likely will hit each state more than once.

Time for the Best Microbrews in the State of Illinois

Microbrew and the Mississippi River in Alton 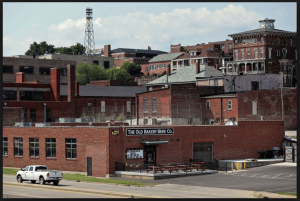 I live near an Illinois town on the Mississippi River called Alton. Not a big place and not tiny. Has some great history. What Alton also has are some fine places to drink microbrew and craft beer. The Old Bakery Beer Company is in the downtown area of Alton near the big river. They have been certified as an organic brewery. They are housed in a building that used to be a bakery, thus the name.

The Old Bakery Beer Company is also a restaurant and their food is prepared to pair well with the beers they produce.

They offer both year-round and seasonal brews. From the always available list, I like their Porter and their North End IPA. They have more beers on their seasonal list and are a sure bet when they are available. A wide variety too. Single malt and single hop beer, Scottish Ale, Double Stout, Super Pils, Rye, and more. I think they are pretty damn adventurous and brew superior craft beers.

Another plus for this Illinois brewer is that their beer is available in cans in quite a few locations in both Illinois and Missouri. Not everywhere in these two states, but they are branching out.

Moving up to Chicago, I have to talk about Revolution. Revolution Brewing has been doing their best to live up to their mission of bigger flavors, brewing a wide variety of beers, and making that beer the best it can be. These cats crank out dozens of different beers every year. They definitely have ambition! 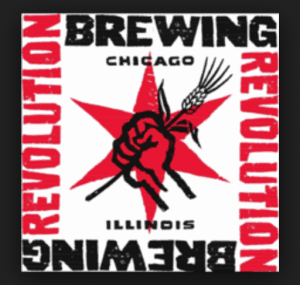 They have a great sense of humor too which comes across full throttle with the names of their beers and the graphics on their cans. Anti-Hero India Pale Ale and Eugene Robust Porter are a couple year round crafts. Fistmas Holiday Ale and A Little Crazy Belgian Style Pale are some seasonals.

They have a Hero Series, A League of Heroes, Deep Wood Series and more. Go for Deth’s Tar which a bourbon barrel aged imperial stout boasting a 14.8% ABV or Mineshaft Gap which is 14.3% barleywine aged in Cognac barrels. Both pack a heaping helping of flavor and a buzzy kick too!

I know I’m glossing over what these microbreweries offer. I’m also only mentioning two primo Illinois craft beer makers out of many. Since beer is a labor of love for me (Newsflash!), I’ll keep visiting and drinking wherever I go and pass along the goods to you. As I see them, of course.

Take care and try new craft beers. Who knows, the next one you have may make it to your own personal best microbrew list.

back to home page