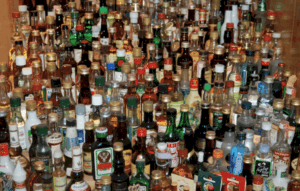 So many bottles, so little time…

Drinking on a budget. Man, I hate those words. I’m the kind of guy that likes to go out and throw down like it’s my last night on the planet…even though I know I can do it again tomorrow night.

Sadly, sometimes it pays to be frugal. Even when I have to cheap out with some bargain hooch and drink at home, I like to find the best I can afford. Surprisingly, there’s some great low-cost liquor available. My goal is to find the best cheap liquor under $15. I’ll list a few. I will only list those that I have had and like.

Beware, men. There’s a lot of rotgut cheap liquor that tastes worse than diluted kerosene and will kick you in the head the next day. What other vile damage these alcohols will do to your body, I can only imagine. Suffice to say, I avoid these types of bottled death and you should too. Always go for quality adult beverages even on a limited budget.

Now, On to The Best Cheap Liquors Under $15

Please be aware that prices vary based on location. 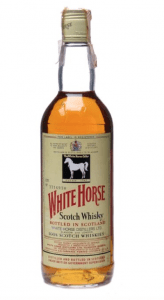 White Horse is a blended scotch whisky and it is damn good. I love single malt, but White Horse is a fantastic blend and the price cannot be beaten. It uses scotch from the Lagavulin distillery on the island of Islay in Scotland in their blend. Knowing that you should be impressed.

This blend is actually much better than many single malts. You’ll notice both honey and peat when drinking White Horse. The flavor holds up with water or even in a cocktail such as the classic Rob Roy.

I remember Ancient Age Bourbon being in my Dad’s liquor cabinet. Dad, it seems, knew both quality and value. The Buffalo Trace distillery produces this bourbon which has bee around since 1946. Rye, barley malt, and corn are used to distill this smooth Kentucky Straight Bourbon.

Another winner in the bourbon category is Evan Williams Black Label. This bourbon is produced by Kentucky’s Oldest Distillery, Evan Williams, begun in 1783. An indication of its quality and popularity is that it is the second largest selling Kentucky Straight Bourbon Whiskey in the world. Medium color with flavors of oak and brown sugar, this bargain bourbon is a treasure.

Cruzan has been making rum on the island of St. Croix since 1760. Cruzan Aged Light Rum is a white rum which makes it ideal for mixing. I do not recommend drinking white rums neat or on the rocks. Blended with coke or fruit juices, the light clove and vanilla flavor still comes through surprisingly well. This rum has a nice smooth finish too.

I’m a freak about James Bond and he mentions Gordon’s, by name, in the novel Casino Royale. In this first Bond novel, James tells the bartender to make a drink called the Vesper using Gordon’s Gin. Surprisingly, I’ve never had a Vesper nor has anyone ever ordered one from me during my bartending days around the country. I have, however, had Gordon’s Gin on many occasions and it tastes like gin should. It is a deal.

Wodka Vodka is known for their crazy billboards!

This is a Polish vodka and it is distilled from rye, not potatoes as many claim. Do not let the extremely low price fool you, Wódka Vodka is truly a premium vodka at a rotgut, bargain basement price. It is smooth. It is clean. It is distilled five times. It is charcoal filtered twice. A vodka with great flavor and that’s no joke.

I don’t like any tequila that costs fifteen bucks or less…except Sauza. You can probably find Sauza Silver for around $15 near you. If smooth is your goal, you’ll be disappointed. Despite that, the flavor is good. Best of all, the quality is there too. Bad tequila is very bad for you. That’s no joke. Find out more about good tequila here.

With this list that I’ve just supplied, you can head to your local liquor store and pick all of these up. For very little money you would have an assortment of quality tasting liquor. Pick up some cubed ice, some mixers and you have a very nicely stocked home bar. These really are the best of the cheapest liquors for under $15.