How to Make Tequila 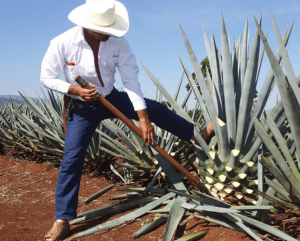 Tequila is one of my top three favs when we’re talking distilled spirits. Give me Scotch, Bourbon, and Tequila and I will be happy and happily buzzed. Before you ask, no I do not mix them. Give me a break, eh? I prefer to sip on my strong adult beverages and Tequila is no exception. Either neat or on the rocks is my preference. A fine quality Tequila is fantastic to enjoy without killing the flavor with mixers. Being the fan that I am, I think it is natural to wonder how tequila is made?

I think that’s how the mind works naturally. If you like something, you want to know more about it. At least that’s how my brain works. With that in mind, I’m going to explore some basics about this beloved Mexican adult beverage alcohol. Here we go…

Here’s How Tequila is Made!

It All Starts with Agave

All agave grown to be used in making tequila must be registered with the Tequila Regulatory Council to ensure compliance with the Mexican Official Standard. Knowing there is quality compliance is a good thing for all of us tequila drinkers!

Once the mature agave is harvested. The part used to make tequila, called the piña, is trimmed by extremely skilled workers call Jimadors. Next, the blue agave piñas are cut into quarters or halves depending upon their size prior to cooking.

First, the sectioned piñas are steam baked for a day or two and then cooled for up to two days. Traditional producers use a masonry oven called a horno. Non-traditional producers have switched to autoclaves to speed up the cooking and cooling process significantly. 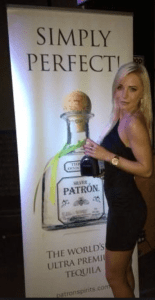 Once cooled, it is time to extract the sugary juice from the cooked and cooled piñas. Traditionally, a type of mill called a Tahona is used to shred the piñas and extract the juice. Mules or oxen pull a big round stone around a circular pit to get that juice. Patrón is one of very few to use this traditional process today. They use it in the production of their fine Roca line of tequilas.

Most tequila producers now extract the juice using roller mills, conveyor belts, and screens. Some have even reduced the manual handling of the harvested and trimmed piñas by extracting the juice using a steam diffusion process. Then sulphuric acid is added and the juice is heated. Though the diffusion method is more efficient, there is controversy from traditionalists and from those who claim the flavor suffers significantly.

Fermentation of the juice is the next step. Mixed tequilas known as Mixto will see up to 49% cane and/or corn sugar added. To be called tequila, a minimum of 51% of the fermentable sugars must come from agave. 100% agave tequila uses only sugar from blue agave in fermentation. No other sugars are added.

Yeast is also added during fermentation. Spontaneous fermentation, Herradura is one of the very few 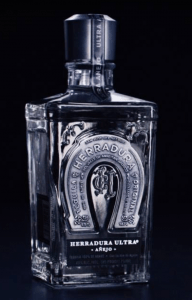 producers using this method, uses naturally occurring yeasts that are airborne. However most tequila producers use either their own yeast strains or commercial yeast during the fermentation phase.

Steel or wooden vats are used to ferment the liquid. The vats are kept open and the liquid is usually fermented between 24 and 96 hours. The longer fermentation time produces a higher alcohol by volume.

The fermented juice is now called “Mosto”. This mosto must now be distilled at least twice to be called tequila (The product is called “ordinario” after the first distillation). Traditionalists use only pot stills while most use a combination of pot and column type stills. Contact with copper in some form is necessary during distillation. Contact with copper is necessary during distillation to counteract any sulfur naturally produced by the fermenting yeast.

Much tequila is bottled after the second distillation and that tequila is known as “Blanco”. Reposado and Añejo must be aged. The casks they are aged in must be oak. The wood contributes tannins to the tequila which mellows it and adds character. You see, they can use new casks or casks previously used to aged another type of beverage alcohol. Casks used to age Bourbon or Whiskey are popular. Also, they may char the inside of the casks. All these actions and others add to the character of the tequila.

Aged tequilas may have Mexican government approved flavorings and other additives added. However, the total amount of additives are limited to one percent of the total volume.

Some tequila will be filtered through charcoal or another medium and chill-filtration can also be used. The filtration is a final step prior to bottling.

Also prior to bottling, the tequila is diluted with distilled water or with water that has had the minerals removed. The rules require that tequila must be bottled at an alcohol by volume strength between 35% and 55%.

Mixto (mixed) tequila that is being sent out of Mexico is usually shipped in tanks or tankers at a higher strength. Then it is diluted to the desired strength.and bottled in the destination country for sale or export.

On the other hand, 100% Agave Tequila must be bottled in the region of origin.

There’s a lot more to the production of tequila than I thought. I first learned about the process via a museum display while visiting Mexico. On my hit list is a trip to a tequila region in Mexico where I can see the agave fields and visit a production facility. When I do this, they better have some healthy samples ready for me.