Where to Buy Stephen Curry Under Armour Gear

You’ve definitely seen the rise of Stephen “Steph” Curry of the Golden State Warriors.  He’s now the reigning two time NBA MVP and currently playing for the Western Conference Title and a chance to play for another championship team.  Last year, his Golden State team won the title over the Cleveland Cavaliers and put the “Splash Brothers” (a nickname given to him and teammate Klay Thompson) on the map.

Curry went out and got a HUGE endorsement deal from my favorite brand of apparel – Under Armour.  There is an entire section of UA (for short, that’s also their ticker symbol) gear and apparel dedicated to Curry.  This Inc Magazine story chronicles how he left the industry leader, Nike, and bolted for Under Armour.

He signed a deal with Under Armour and his shoes sales are up 350% this year alone.

It’s safe to say that Curry’s Under Armour apparel and brand are here to stay.

He is the new Micheal Jordan, and will probably surpass LeBron James in overall career earnings at the pace he is going right now.

Visit this page to see my full company review of Under Armour as well as pick up the latest coupon codes! 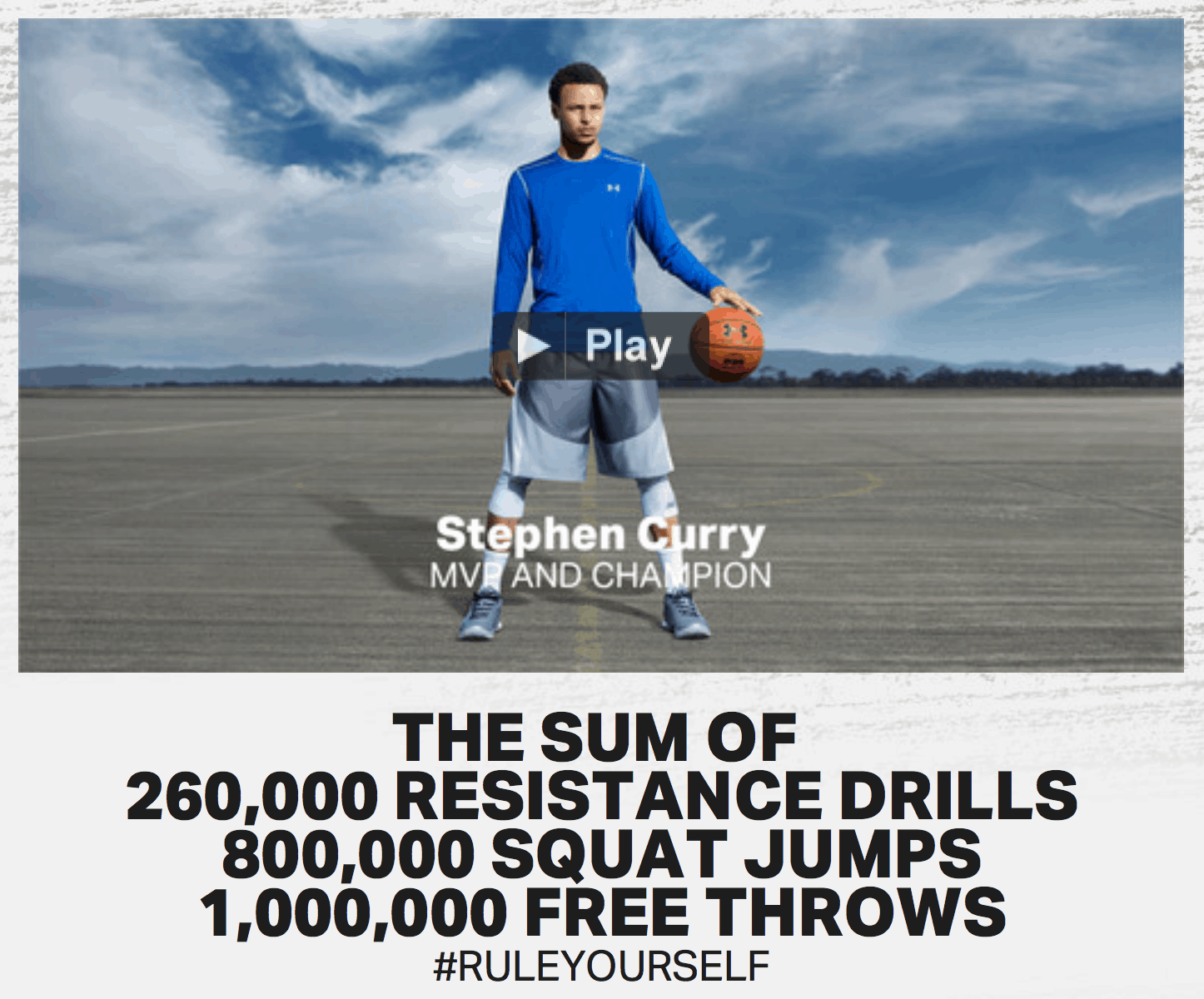 Steph Curry is now the face of Under Armour.