The History of Twin Peaks (Restaurant)

I have to be honest, I am from the northeast part of the country so I was not privy to the establishments known as the Twin Peaks. When I heard someone talking about it I just thought they meant the TV show that was on in the 90s and was recently started up again on Showtime. Little did I know what I was missing! I was finally introduced to this lovely chain on a visit to Florida, and boy am I glad I was! The slogan of the restaurant is “Eats. Drinks. Scenic Views.” And I have a snaky suspicion that they are not referring to the ambiance of the restaurant. This is a perfect place for a guy to enjoy some good food and watch the game. And I picked up on the meaning of the sexual innuendo as soon as I walked in and saw the scantily-clad waitresses.

How Was Twin Peaks Restaurant Started? 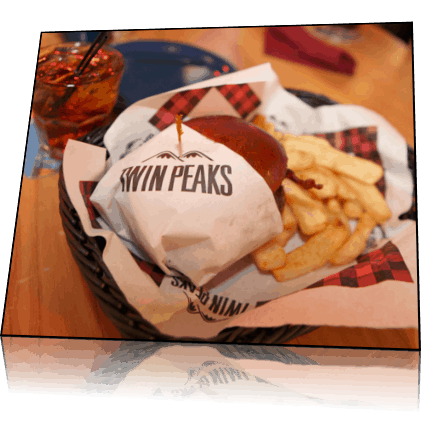 They make sure that their beer is served at 29 degrees in big frosty mugs so that ice crystals form on the top. Now if that, coupled with the fact that they classify themselves as a “breastaurant”, wasn’t enough to get you to visit, they have over 30 different variations of wing cooking styles, rubs and sauces. And they coast that you can watch all the sports you need and want to see. Including every UFC event.

Twin Peaks was started in Lewisville, Texas by a couple of guys names Randy Dewitt and Scott Gordon in 2005. Since then, there have been franchises that have opened all over the country. There are a total of 81 restaurants as of this writing. That’s not bad growth. So they must have found a business model that works. When looking at their franchise information they touch on this by saying that they “don’t compete with the “bar & grill” or “sports bar” segments of casual dining. Instead, we are in a less developed but more attractive niche that requires better food, colder beer, and hotter girls than our competition.” 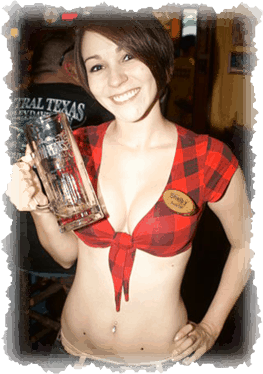 Honestly, the only other restaurant chain that I can think of that comes close to this model is Hooters. And actually in 2011, a group of Hooters big wigs (including the former CEO) left Hooters to begin a Twin Peaks franchise group. Hooters was unhappy to say the least, and ended up filing a lawsuit against Twin Peaks. They said that the former execs stole Hooters trade secrets and took management documents with them. Now seriously, what trade secrets did Hooters have that weren’t pretty plain to see? Let’s be honest folks, people aren’t going there for the food (although I really do like Hooters wings).

In 2010 Twin Peaks won a Hot Concept award from Nation’s Restaurant News. And the following year is was dubbed the “Franchisee of the Year” by the International Franchise Association.

There is one black eye on the Twin Peaks story and that is an unfortunate incident that happened at a Twin Peaks restaurant in Waco, Texas in 2015. There was a gunfight between rival motorcycle clubs that left nine people dead and another eighteen injured and taken to the hospital. The owner of the restaurant had been warned in the past about the gang activity and was less than helpful with local law enforcement. Corporate headquarters closed down the Waco location following the incident.

But other than that unfortunate event, Twin Peaks gets two thumbs up from me. Great food, cold beer, and EXCELLENT service. Do yourself a favor and go enjoy the “scenic views” at a Twin Peaks near you!