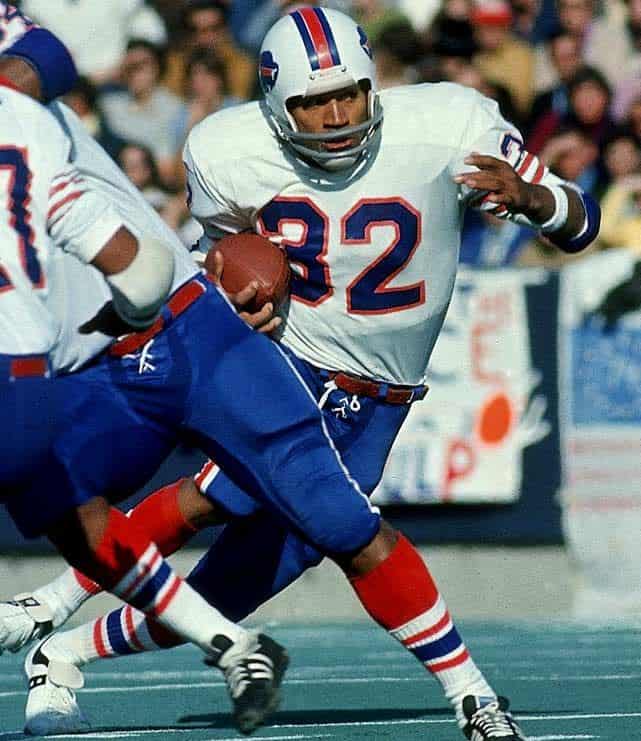 If you were born in or around the 90’s your fondest memories of O.J Simpson may be in the courtroom instead of on the field. And you may not even know OJ Simpsons Career Rushing Stats or what records he still holds. Back in the 60’s/70’s (Before the whole trial and being acquitted of murder debacle) O.J “The Juice” Simpson was a celebrated NLF player and the first to rush over 2,000 yards in a single season.

In fact, he attained the record for most yards rushed in a season on December 16, 1973 against the New York Jets. When the question comes up, of whether he still holds said record you’re probably gonna hear arguments from both sides of yes and no. According to Pro Football Reference O.J’s record was beaten by six other players, but the complication comes into play when you take into account the number of seasons played. Simpson set that record back when the NFL teams played 14 seasons according to Fox Sports. In 1978 the league made the decision to extend the seasons from 14 games to 16 games from that point forward.

The six players that beat his record all achieved their milestones after this change. So, “technically” he still holds the record for most yards rushed in a season, it’s just most yards rushed in a 14 game season. But one record that is undisputedly still not broken is his record of 143.1 yards per game. He broke 100 yards eleven times, 150 yards six times, and 200 yards 3 times including back to back games! He also holds the record for the largest margin of victory for the Heisman trophy, defeating the runner-up Leroy Keyes by a whopping 1,750 points while he was in college.

Outside of those you probably will have a hard time finding other records that Simpson still holds, but that definitely doesn’t discredit his decorated history of NFL greatness.