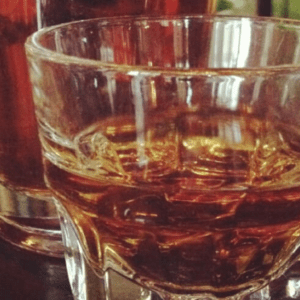 I’ve gone to some pretty serious effort to put together a list of blended bourbon brands that just may light up your taste buds. At first glance, you may be thinking that I’ve gone off the deep end. Hey, its happened before and I’m sure it will again and this could be one of those times. Then again, maybe not. Thank goodness everything here at Things Men Buy can be kind of freewheeling!

When you first give it some thought, the words blended and bourbon may not seem to go together. I mean, there are laws regulating what can and cannot be called bourbon. With such relatively stringent controls, why would someone take a carefully crafted distilled spirit and adulterate it by blending?

There are a number of reasons and probably the main one is that whoever is doing the blending has a pretty damn good idea of what they are doing. They are doing their damnedest to bring out the best of all the ingredients to create a superior product. Who the hell would take top line hooch like many bourbons and fuck it all up purposely?

These master blenders might not always succeed in creating a hooch that is truly superior on every front, but it is still far superior to a ton of other whiskeys and some unblended bourbons too.

This list is small because I want it to be. Instead of inundating you with every damn blended bourbon I could find, I’m merely providing a primer. If you like what you read and taste, then head to your nearest serious spirits store and ask for their blended bourbon selection.

Take a Look at My List of Blended Bourbon Brands 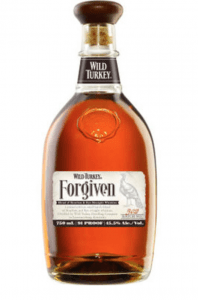 Wild Turkey has long been my “go to” bourbon. Way back in college, I would coerce the boys into hitting a joint on the town square called the Anchor Inn so we could drink pitchers of Stag and shots of Wild Turkey. The old crew still has solidly fun (and in some cases regrettable!) memories of feeling that “Wild Turkey Bite” due to it being bottled at a high proof.

Well, rye-heavy Wild Turkey has come up with a blend called Wild Turkey Forgiven which is 78% six-year-old Wild Turkey and 22% four-year-old rye. They bottle it at a high proof of 91%, true to form, and it is a flavor-filled winner that will pop your top too! About $50 a bottle. 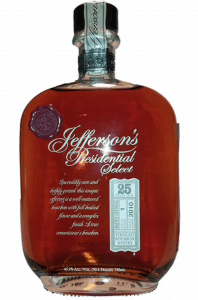 Ocean. If you’re not familiar with that, look it up as it will really get you thinking.

Anyway, for awhile Jefferson’s bottle a variety of what they called Presidential Select. They offered this brand as aged selections. From 17 years old to 30 years old you could really be in for a treat with any of them. If you can find them, that is. They are not currently produced but if you shop around, I mean seriously shop around you may get lucky. I hope you do.

Four Roses For Everybody

Four Roses when through a rebirth of sorts some time back, though 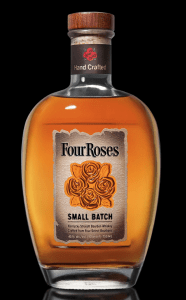 the brand has been in existence since 1888. I’m not going to tell the rebirth story, but I suggest you check it out. Overall, Four Roses blends some bourbons that are an undeniable treat. You cannot go wrong with anything labeled Four Roses.

A stand out from them, however, is the Four Roses Small Batch. Four super high-quality bourbons were blended together with great care to create this 90 proof bottle of blended love. You can find it for about $30 to $40 per bottle. That is a deal for this handcrafted spirit.