How To Prevent STDs 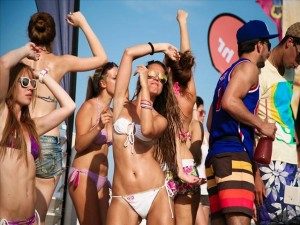 At ThingsMenBuy.com we are the same as you, we all want a great sex life.  For some of us that is getting into serial dating and hookups, for others it is about finding a committed relationship, but whatever we all want we need to know how to prevent STDs and stay healthy.

Prevention of STDs is much better than having to find out how to live with the ones that can be controlled but not cured.

According to the American Sexual Health Association, nearly half of us will get an STD at some point in our lifetime, so listen up!

Which STDs Are Common In Men?

HPV is the most common STD in both genders and most people contract some form of HPV in their lifetime.  There are many different types, some will not be noticeable at all, whilst others can cause genital warts and cancer.  There is no cure for those who are infected, but many people will not have any symptoms or health problems at all; others will only know they have HPV when they contract genital warts.  These days there is a vaccine which can prevent HPV.

This STD rarely causes symptoms in men, even though it is fairly common.  Things to look out for are a discharge from your penis, a burning sensation when urinating and occasionally swelling of one or both of your testicles. Treatment: antibiotics.

The Centers for Disease Control and Prevention report that around 820,000 cases of this STD are reported each year, more than half of which are within 15-24 age range.  Symptoms in men can include a urethral discharge up to 2 weeks after contracting the disease and sometimes testicular or scrotal pain. Treatment: antibiotics.

This STD is not as common, with around 64,000 cases yearly.  Syphilis is more common in men, especially men who sleep with men.  Symptoms are in four stages, initially starting with a small sore that may resemble an ingrown hair on the genitals; progressing to an all over body rash; damage to internal organs; paralysis, dementia and death.  Treatment: antibiotics.

How To Prevent STDs

The best way by far to stay healthy is to prevent the STDs in the first place!

This is the only reliable way to prevent STDs!. I don’t know about you guys, but the team at ThingsMenBuy.com think this is a terrible idea!

It’s a numbers game, the more people you sleep with, the more likely you are to get an STD.

If you find a long-term partner, have an open and honest conversation and get tested, that way you will know if you are both safe and STD free.

Using condoms is the MOST effective way to guard against STDs.  If you enjoy sleeping with multiple partners, especially hookups whose sexual history you do not know, as a responsible man, carry condoms with you and ALWAYS use them.

The good thing about always carrying condoms, is you can use them for many life hacks, as this vid shows you!: