The History of Buffalo Sauce & Wings

Now I like to think of myself as a pretty health-conscious person. I try to exercise regularly. I try to eat right (for the most part). But at the end of the day, I am a guy. And the fact of the matter is that I have an instinctual infatuation with one of the best foods known to mankind. Of course…I’m talking about the Buffalo wing.

I am serious. I don’t know what it is about wings, but I am obsessed. They are the ultimate Achilles heel for me. I can’t turn them down. I love everything about them. From the crispy skin, the succulent chicken meat, right down to what makes them the best food ever brought upon the face of the Earth…Buffalo sauce.

Aside from a good beer made from my PicoBrew, it might very well be the nectar of the Gods. Buffalo sauce is exquisite when done right. With the right balance of kick and flavor, it can turn any meal into a guy’s gourmet masterpiece. But where did Buffalo sauce come from? I actually had to look it up. And what I found was pretty cool.

There have been hot sauces around going as far back as the early 1800s. In fact if you happen to find yourself thumbing through an old domestic magazine from the early 1800s (a normal Saturday for me), you may stumble across an ad for cayenne sauce. Tobasco Brand Pepper sauce started being sold in 1868 paving the road for many sauces to follow. 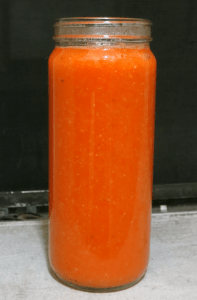 But the first Buffalo sauce actually coincides with the first chicken wing. On March 4, 1964 Dominic Bellissimo was tending bar at a place in Buffalo, NY called the Anchor Bar. Later in the evening a bunch of his buddies came into the bar and were hungry. Dominic asked his mother to cook them up something. She found the chicken pieces that were normally scrapped and only used to make chicken stock. She fried them up and coated them with a secret peppery sauce and served them to the boys. The crowd went wild and the Buffalo wing was born.

Now legend has it that the secret sauce that Teressa Bellissimo used was a combination using the popular pepper sauce: Frank’s Red Hot. At least that is what Frank’s claims. But there is not doubt that the original Buffalo sauce was invented along with the first ever chicken wings at the Anchor Bar in Buffalo, NY on March 4, 1964.

Since that time people have been creating different recipes of Buffalo sauce. All using some kind of pepper sauce as the base. Typically it is melted with butter. The more butter, the milder the sauce. You can also add other things to the sauce to spice it up and make it hotter. When I was in high school I worked at a local pizza shop. I had a buddy who would order our hot wings every week. He made the mistake of telling me our wings weren’t hot enough. The next time he ordered I loaded everything we had into the restaurant. I couldn’t even smell them they were so hot. He said he could only get two down before throwing in the towel. 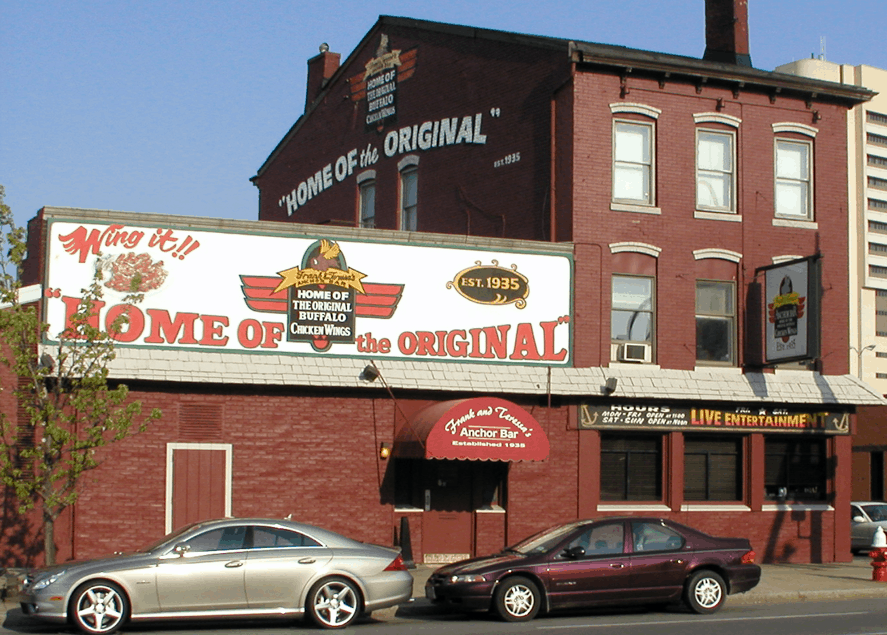 I have eaten wings at the Anchor Bar and I have to admit, they are pretty good. But for my money, there is a rival of the Anchor that has even better wings. Of course I’m talking about Duff’s. People from Western New York will fight tooth and nail over whose wings are better, but I have to side with Duff’s. They are the best wings I’ve ever had in my life. If you like chicken wings (and if you’re a guy, there’s no reason you wouldn’t) then you have to try both Anchor wings and Duff’s wings and decide for yourself!

Where have you had your best wings or hot sauce? Comment below and let me know!