What is Craft Beer Part 2 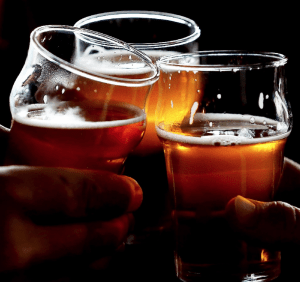 This time around, we’re going to continue to figure out the answer to the question: What is Craft Beer? I took a little detour last time when I talked about my stop at a brewpub in Northern Michigan. Now, I’m going to pick up where I left off on our behind the scenes look.

What is a Craft Beer Brewpub?

Lucky us, that’s pretty damn close to what the Brewers Association says. According to them, a brewpub is a restaurant that is a brewery. They brew the beer mainly to sell it on their premises. They have to sell at least 25% of their brewed beer, on-site, at their place. Hell, some brewpubs pour their beer out of taps that are hooked directly to their storage tanks! I guess that’s as close as you can get to “farm to table” in the beer world, eh?

Brewpubs also sell their on-premise brewed craft beer to go. Some also distribute their beer to other places for them to sell. Laws regarding “to go” and “off-premise sales” vary, so that is not always the case.

If a brewpub’s off-premise sales of their beer are more than 75% they are not a brewpub anymore. According to the Brewers Association, they then are classified as a microbrewery.

Contract Brewing Companies hire another company, a beer brewing company, to produce the beer that they want to “handle”. That part of this particular definition is fairly cut and dried.

The fluidity that I previously mentioned of this classification comes into play because a brewery that hires another brewery to brew craft beer for them is, likewise, called a contract brewing company. There’s more fun to come. A brewery that produces the particular craft beer or beers for the company that markets, sells, and distributes that particular craft beer or beers is also called a contract brewing company. Looks like you can be on either side of the fence here or even straddle it!

I’m ending this installment here and will finish covering these different behind the scenes parts of the craft beer world next time. I’ll also do my best to tie this into our main question: What is Craft Beer? Join me then for the wrap-up on this sometimes convoluted adult beverages topic.